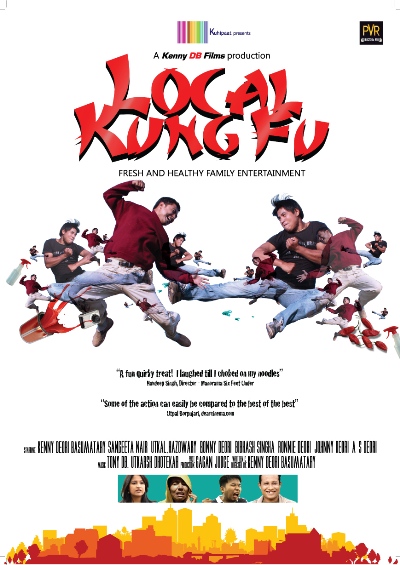 Well they say ‘better late than never’. And with Indian cinema making rapid headway it is only appropriate that we finally have our first martial arts comedy. Thanks to Kenny Basumatary, the man behind Local Kung Fu.

And that’s not all. This Assamese film probably is also the most inexpensive action film ever, having been made at a budget of less than a lakh!

The film is now set to release on September 27 in Assam and 7 cities across India. It will be released with English subtitles for audience outside Assam.

Charged up with the desire to make a film, Kenny set out to shoot this film and wrapped up the production in Rs 95,000! And yet Local Kung Fu boasts of some fabulously choreographed action sequences. Kenny has not only written and directed the film but also plays the protagonist.

While LKF looks promising, the success of all Jackie Chan comedies probably could prove a pointer about business prospects of this Indian film. We definitely will watch out with all eagerness.

Local Kung Fu got me the opportunity to work with Anurag Kashyap: Kenny D Basumatary