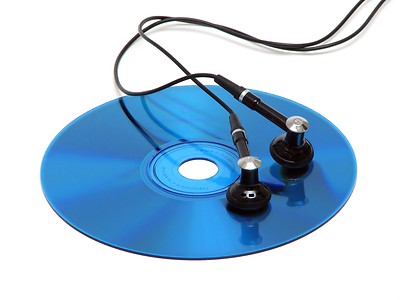 How to hunt for good music Time: Half past ten on a pleasant autumn evening sometime in November

Place: Inside a taxi somewhere in the streets of Ho Chi Minh City

A football match between Malaysia and Indonesia is going on somewhere in the world and the enthusiastic taxi driver listens to the live commentary on the radio. It is half time and the commentary is interrupted by an intriguing piece of music that is followed by a song. Yours truly inside the taxi can almost feel her ears cocking as she tries to catch some words of the song. The singer’s voice sounds familiar but she can’t quite put her finger on it. She manages to catch “Come on to the dance floor” and some “It is the something flowing in your something” before the song is replaced by commentary.

Place: A bedroom in a guest house in the same city.

Yours truly sits with her iPad cradled on her lap Googling “Come on to the dance floor” and checking lyrics of a hundred songs, before realizing the search is futile. The song remains elusive and she forgets the tune of the song while scanning the lyrics for the better part of an hour.

Time: Seven in the morning the next day

Place: The same bedroom in the same guest house.

Yours truly suddenly wakes up with the tune of the elusive song playing inside her mind on a loop, and realizes the song is still haunting her. And the next thought that comes to her mind, “If only there were a place to search a song by its tune!” which leads to the next thought, “Of course there is!”. Enter the hero of this true story, the iPad app called SoundHound. Thirty seconds of humming the tune into the microphone and a list of songs come up. Your truly finally finds her song, the very first on the list: “Forca” by Nelly Furtado.

Yours truly almost doubles up in laughter. No wonder she didn’t come up with the right song despite her obsessive hunt the previous night, given the chorus of the song is “Como una forca” and definitely not “Come on to the dance floor”.

Good story, you think? This is what I go through almost every other day. I am an obsessive compulsive music hunter and I am here to make you one. Yes, just like vampires.

Jokes apart, this piece is for those people who want to “find” good music, and do not know where to look for it. Specially if you are like me and love to discover good songs rather than having others suggest you songs of their choice. Having made quite a few playlists for my friends, and having spent a lot of time with people suggesting music to them, I realized that the “hunt for music” is in reality a very methodical task. With one basic requirement: obsession. Now if you are done with my effusive prelude we can move on to business.

Google thy songs: The most exciting way to “discover” a new song is to keep your ears open while watching a movie or your favorite soap. I have found quite a few jewels like that. If you are patient enough to wait till the end credits of the movie, chances are you will find the song and the artist, but if you are not, just keep a note of as many words in the song as you can, and Google the words. Even easier is to simply search for the soundtrack list of the movie. Finding a song from a series might not be that simple but knowing the season number and the episode number helps. Once you find the song, check if there are other versions of the song. See if you like them better.

Keep thy hunt on: Now while most people would stop once they find a song, my obsessive hunter instincts tell me to listen to more songs of that album, and then from different albums of the same artist. Sometimes it so happens that I actually end up listening to the other songs by the same artist more than the one that brought me there in the first place. I remember discovering Alexi Murdoch while watching “Away We Go” (almost all the songs in the movie are by the artist) and Michael Andrews while watching “Me and You and Everyone We Know). In case of the latter I didn’t even have a song to work with. It was just a piece of the background score that got me hooked. And in the process I found more brilliant pieces by the artists.

Know thy genre: While genres like Rock, Hip-Hop, and Jazz sound familiar and are easy to relate to, sometimes you might chance upon a whole new genre you had never known you could like. While hunting down the song “This is The Thing” after hearing it in some movie (or maybe in Castle, I forget) I ended up downloading the entire album “Sort of Revolution” by Fink and noticed the genre being shown as Lo-Fi on iTunes. Never having heard of it before I searched for more information and ended up with a list of Lo-Fi (Low Fidelity) bands. The next logical step was of course to listen to one or two songs each from as many bands as I could, and coming up with interesting ones. It was only then that I realized that one of my old favorites, “First Day of My Life” by Bright Eyes is actually a Lo-Fi number.

Subscribe to thy music: To YouTube channels, to be very specific really. Almost all artists/bands have a Vevo channel in YouTube, which is where you find the official videos of the latest releases. Vevo also provides with a small playlist of similar songs as suggestion. Hunt, hunt, hunt. Let the artist lead you to the song or let the song lead you to the artist; let the song lead you to other songs and let those songs lead you to the artists. The process is unending, and immensely satisfying. I also chanced upon the Tehelka Music Project once, and immediately subscribed to their channel in YouTube. Result? Interesting beautiful music delivered straight to my mail.

Befriend thy music sites (and apps): Although there are many such sites floating on the web, I am personally a big fan of Grooveshark. While letting me listen to my music without any interruptions, Grooveshark also provides me with a list of popular songs by the month and by the day. While popular doesn’t always equate likeable, it does help to know what the others are listening to. Over the years I have found out that most of the popular songs in Grooveshark match the ones in the Official UK Top 40 singles that get released every fortnight. Which reminds me, yes, for the latest hip-hop and R&B and the alternative, try catching up on the Official UK Top 40 singles once in a while. Even though most of the songs are of the “younger” taste with a lot of “mm-chk-mm-chk” there are some amazing songs tucked in there. As for the apps, there are a lot of virtual radios (like JazzFM for jazz) which play music all day long for you to chance upon a good song, as well as dedicated music apps (like SoundCloud) which let you listen to music of your choice.

So who has the time, you ask? That’s why I mentioned obsession as a requirement you see. If you really want to listen to some good music in that hour long commute to your office day in day out, isn’t it worth taking an hour out in the weekend to “find” some good music even as you check your mails? Specially since one never has to consciously pay attention to find good music. Good music will make you stop doing what you are doing, and demand attention. A good song will tease you and tempt you till you yield in and give it a listen. And a hundred more. A good song will wake you up in the morning and carry you through your day. And a good song will make you believe in the joy of discovery even if you have forgotten that life has something new to offer, everyday.

How to get married and remain sane through it