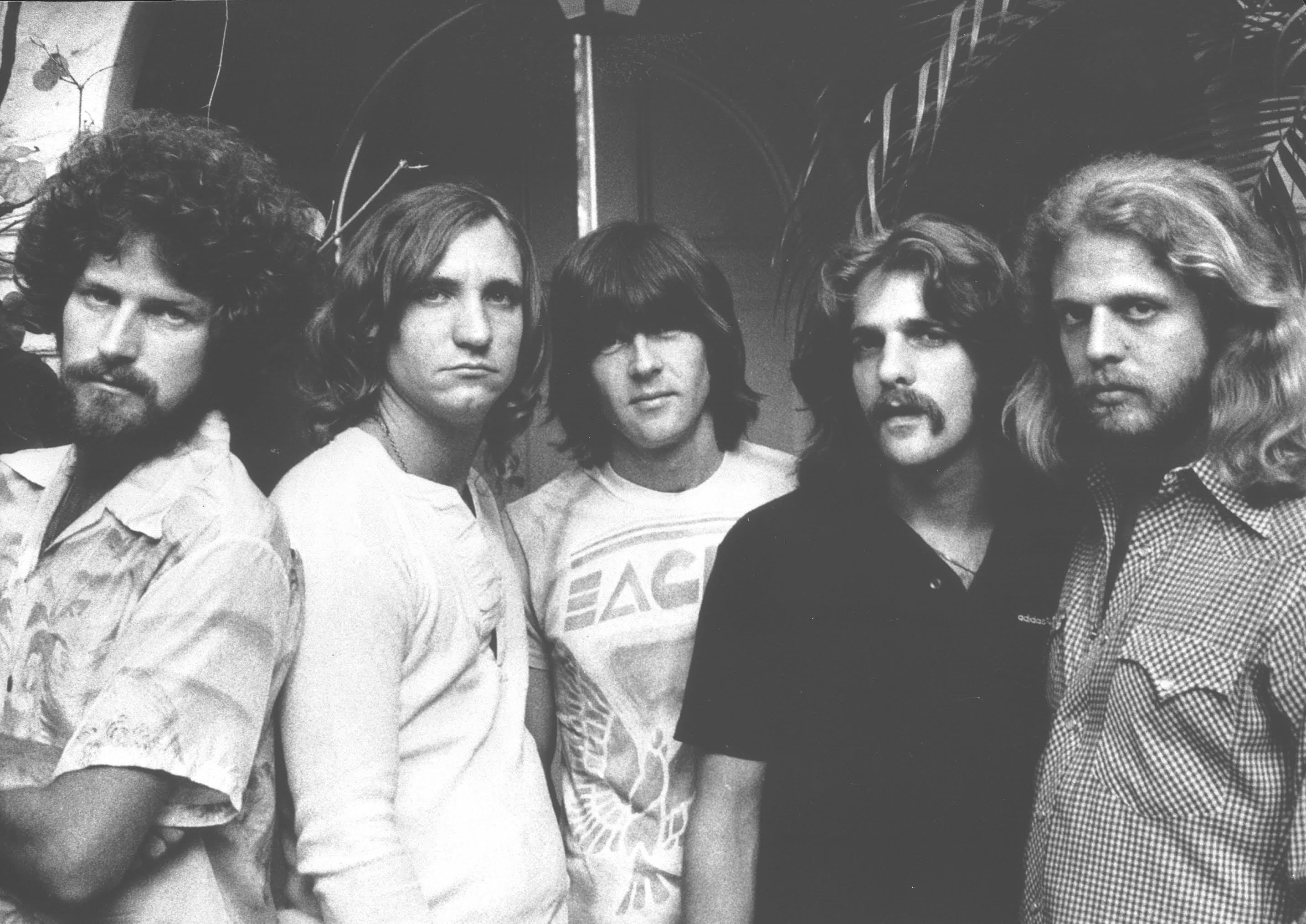 The Eagles’ Hotel California was a critical and commercial phenomenon when it was released in December 1976. The album topped the Billboard charts for eight weeks in the U.S., won two GRAMMY® Awards, sold more than 32 million copies around the world, and featured two Billboard #1 hit singles. 40 years later, it still ranks as one of the best-selling albums of all time.

This fall, the milestone album will add to its legendary lore with HOTEL CALIFORNIA: 40TH ANNIVERSARY DELUXE EDITION, a new 2-CD/1-Blu-ray Audio that includes newly remastered sound, ten previously unreleased live recordings, as well as hi-res stereo and 5.1 mixes. Presented in an 11 x 11 hardbound book, the set also features rare and unseen photos from the era, a replica tour book, and an 11 x 22 poster. The collection will be available on November 24 for a list price of $99.98. Both a 2-CD Expanded Edition ($19.98) and 1-CD ($9.98) will also be available, along with digital download and streaming versions.

HOTEL CALIFORNIA: 40TH ANNIVERSARY DELUXE EDITION opens with a newly remastered version of the original album, featuring two Billboard #1 singles — “New Kid In Town” and the title track — plus the smash hit “Life In the Fast Lane.” The album was nominated for five GRAMMY® Awards, and won for “Record of the Year” and “Best Arrangement For Voices.”

The set also marks the debut of ten live tracks that were recorded during the band’s three-night stand at the Los Angeles Forum in October 1976. The concert recordings — which were recorded about a month before the album came out — feature one of the first ever live performances of “Hotel California” and “New Kid In Town” along with other Eagles classics including  “Already Gone,” “Take It To the Limit,” and “Witchy Woman.”

The Eagles made their triumphant return to the stage this summer at the Classic East/West festivals, earning raves from critics and fans alike. More live dates are planned for this fall, with the band being joined on stage once again by country superstar Vince Gill and Deacon Frey, son of Eagles founder, Glenn Frey.

Ranveer Singh Gets Transformed AGAIN And Here’s How It Happened!