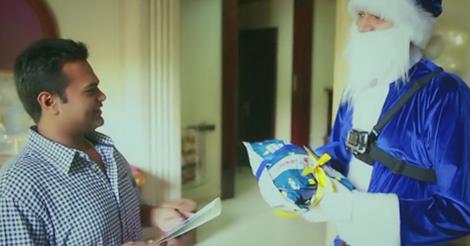 So Flipkart created this video to show what they did for customers on Christmas. The video has gone viral online though it is quiet reminiscent of some earlier viral marketing videos. Flipkart’s video in particular looks inspired by Google’s recent video where the delivery boys were given gifts. More interestingly, they seem to have borrowed the concept of a Santa dressed in blue from Coca Cola. Coke had decades ago run a campaign where it introduced the a Santa dressed in red, from the original green. Without a doubt, that is easily the most effective marketing campaign ever!

What do you have to say about this video?