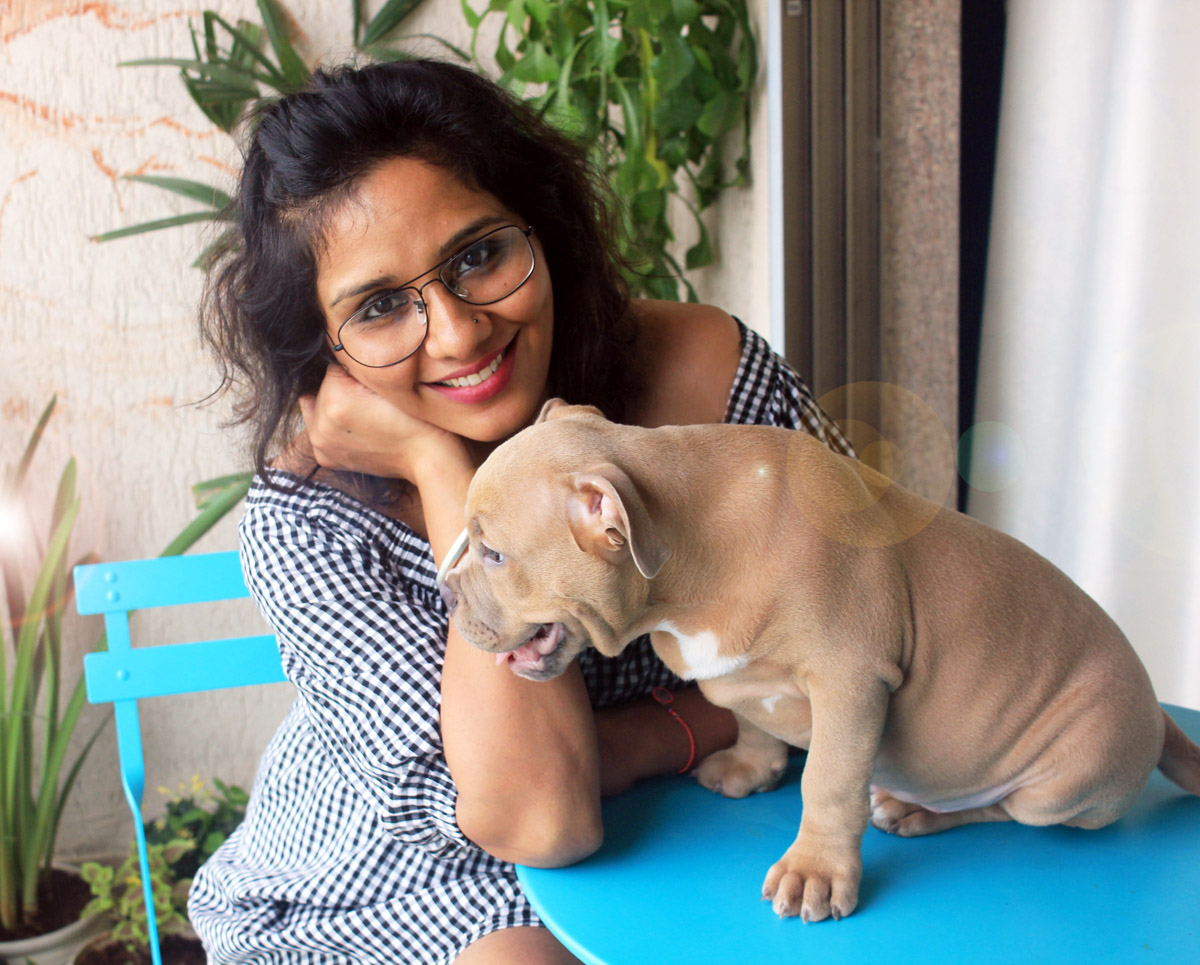 You have received abundant praise for your work as a make-up and prosthetics artiste in films like Bajirao Mastani, Shivaay, Haider, Mom, Hawaizaada, Housefull 3, Rangoon, Brothers, Talwar, Finding Fanny, Parched, Ghayal Once Again and the Tamil film 24. You have even received a National Award for Nanak Shah Fakir. Does this body of work create very high expectations and a pressure to raise the standards with every new project you undertake?

At the back of my mind, it’s always ticking… that I got to better my last. And I think that happens with every professional who is sincere to her or his core. That’s how you win in the long run. The shorter races don’t excite me as much.

After Bajirao Mastani, how does it feel being repeated by Sanjay Leela Bhansali for Padmavati?

Mr Bhansali has an eye for immaculate detail. Add the stalwart starcast of Ranveer Singh, Deepika Padukone and Shahid Kapoor and all the energy along with every powerful actor on the film… that’s a lot of pressure too. But that’s exactly what kept me going. I deliver in pressure and earning Bhansali Sir’s trust is really really encouraging. So any amount of pressure is worth it. 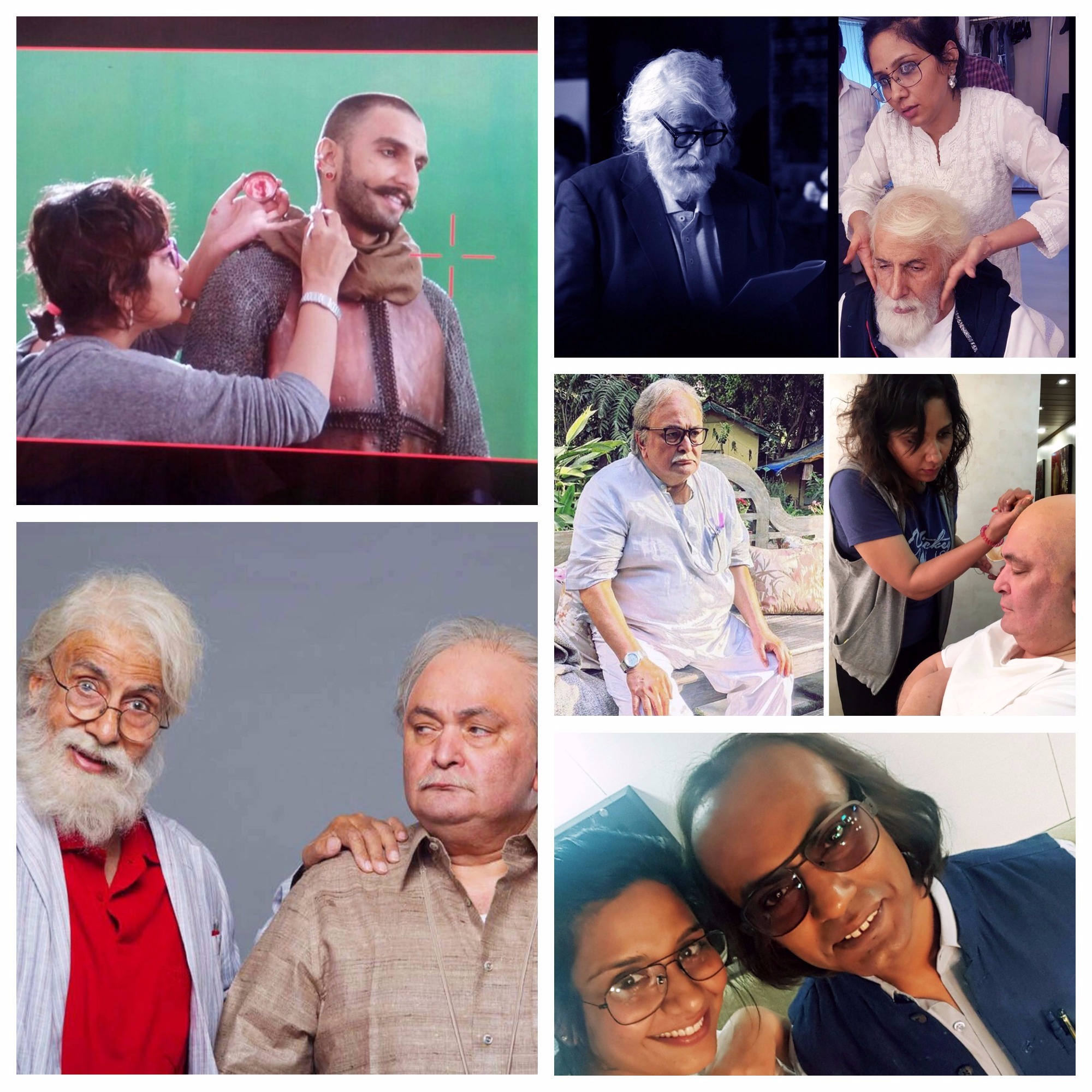 For another upcoming film 102 Not Out, you have designed the looks for Amitabh Bachchan as a 102-year-old man, with Rishi Kapoor playing his 75-year-old son. Was it tough to make them look like father and son?

Tough would be an understatement here. More so, since both the actors are legendary. I was a baby when they were shining bright and they are still ruling hearts globally. So yes, you got to toughen up and think beyond the aura they exude. Getting deep into the respective characters felt like a duty, because I knew their talent will only take the work we put in much higher. Plus, at their age and stature, it takes a lot of patience to sit and allow so much make-up to happen and then go out and perform. It’s commendable and inspiring. Compared to their perseverance, my job seems easier.

Recently, Rishi Kapoor even praised you in the media for executing his look of a devout Muslim in Mulk.

Oh, what can I say, but ‘Thank you Rishi Sir.’ If he is complimenting, then I sure must’ve done something right. It’s really thrilling to be praised by him. Rishi Sir is a gem of a person to work with. Me and my team have had the pleasure to work with him on two films back-to-back and I look forward to keep transforming his looks in the coming future (winks).

Compared to Hollywood flicks, do you think Indian films are finally coming of age regarding make-up and prosthetics? Or are we still far behind?

We have taken strong strides in recent times. People are more aware of prosthetics, but we have a long way to go.

Do you use Indian raw material? Or do you have to rely on foreign products to get the desired effects? Is shortage of quality raw stock the only reason you have set up India’s first make-up and prosthetics lab called Da Makeup Lab? Or is there some higher goal and bigger purpose or vision in mind?

To be honest, Da Makeup Lab was born out of necessity and now its growing fast with an aim to set higher standards of make-up and prosthetics for our movies. See, there isn’t a proper special-effects material supply shop here. So much so, that it seems our technicians never realized that this could also be a great business opportunity too. Since I can’t compromise on quality, I do end up getting 80 percent of my material from abroad. But it would really be a boon if we begin creating and manufacturing our own raw material for make-up and prosthetics. That would make a huge difference to the look and feel of our films.

In the past, Indian films have often portrayed ghosts in quite a tacky manner. But you changed that with your recent film House Next Door. Can you tell us a bit more about what has gone into the ghosts you designed for the movie?

For The House Next Door, it is the first time that we are showing ghosts which don’t look artificial. A lot of work has gone into creating looks that are extremely believable, yet convincing for the supernatural genre. Film is a medium of expression and good storytelling. And if I don’t do justice to the looks of the characters, it would be really unfair. Eventually, I would want Hollywood to be looking at an Indian film and be baffled by the professionalism in the make-up designs executed by us. That would be an achievement.

In a short span, you have already emerged a market leader in your field. Any plans of moving to Hollywood?

C’mon, don’t spoil me! I have a long way to go and have so much more to learn. I’d love to learn more advanced and newer techniques and implement them in India. Imagine a day when Hollywood can look up in awe at Bollywood… what a day that would be.