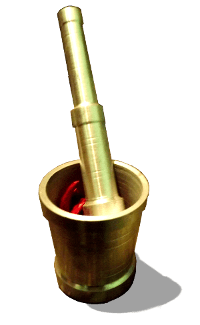 10 must have spices in an Indian kitchen

The history of spices is as old as human civilization. In India, you will find a wide range of spices in every home. They form an inseparable part of every Indian kitchen. Each spice has its own aroma, flavor and medicinal value. Their healing properties rejuvenate the body. Indian traditions have long been utilizing various spices and there is a scientific basis to their use. Spices have tried, tested and trusted medicinal values and a profound effect on general health. They have a wide variety of biological functions and their cumulative or synergistic effects are likely to shield the body against a variety of ailments.

There is a belief that spicy food is not healthy, but if you use fresh spices in your food then your skin will have a natural glow as spices also improve digestive processes by intensifying salivary flow, by cleaning the oral cavity and checking infections. Traditionally, spices used as part of the diet, have holistic effects on human health.

We are listing a few of the must have spices in your kitchen.

Planning the Food for an Indian Wedding