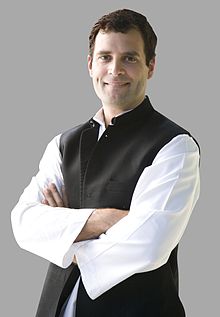 December 15, 2013 Off By Rhiddhis Chakravorty

When the extremely powerful Church in Mizoram objected to a Sunday counting of votes, it could hardly imagine the impact it would have in Indian politics. As this demand was accepted by the election commission the Mizoram poll results were delayed by one day after the Sunday results in Delhi, Rajasthan, Madhya Pradesh and Chhattisgarh. The Congress victory in Mizoram, therefore, failed to salvage the overwhelming humiliation and a sense of total annihilation of the party in all the other states 24 hours ago. Perhaps the consolation victory would do some good to the image of the party on the day it was being ridiculed all over the country by the rivals and critics.

As far as victory in Mizoram is concerned it cannot salvage the thrashing the Congress got in four states for one more reason other than the ill timing. Traditionally the elections in the Northeast do not follow the national political trends.

The election results in five states have no doubt unsettled a few political equations. The biggest surprise came from the national capital and it was the rise of the Aam Aadmi Party. Though it was thought that Arvind Kejriwal would be able to topple Shiela Dixit, a total of 28 seats and the status of the second biggest party after the BJP was something that majority of the political analysts were skeptical of. The rise of the Aam Aadmi Party with a bunch of real life aam aadmis, therefore has caught the imagination of the entire nation and has become a more significant talking point than the war between Narendra Modi and Rahul Gandhi. Yet the skepticism about Aam Admi Party in other states in future elections remains as Demography and geography in the other states are far more complex than the national capital and it makes those states more expensive as far as election expenses are concerned.

However, it would not be wise enough to brush off the possibilities of an AAP performance similar to the AGP mass hysteria in Assam in the eighties.

The Congress flop show in the four states is in fact a setback for Rahul Gandhi and the dynasty. The problem in the party today is that sycophancy and blind allegiance to the dynasty is the sole prerequisite to leadership. Since the days of Pandit Nehru the party has been run like the family centric Sicilian mafia. So much so that leader after leader from Narasimha Rao to Dr. Manmohan Sing has been made the sacrificial goat to absolve the sins of the family. Yet the rule of nature is that dynasties fall however strong they are. Unfortunately, for the Nehru –Gandhi dynasty Rahul Gandhi does not possess any of the qualities of a leader. He can stage a drama of tearing the copy of an ordinance and express his anger at the party which is ironically his family enterprise and get away with it. But it cannot do him any good despite desperate efforts of some Congress leaders and a few journalists. Pitted against Narendra Modi, a highly controversial yet shrewd CM with great oratory skills, Rahul is a mere shadow however secular he is. People walking out of his rallies, his dull speeches filled with ‘my grandmother’, ‘my great grandfather’ and ‘my father’, the image of a man evading responsibilities will, perhaps, be regarded as the biggest misfortune for the party in coming days. Yet the Congress cannot do away with their prince and his lackluster image. The party cannot have a leader at this point of time who can match the aggression of Narendra Modi and in desperation the party has been reacting to Modi day in and day out in a way that is only consolidating the Gujarat CM’s image as a national leader. On the other hand this desperation has left the intellectual bankruptcy of Rahul Gandhi beyond doubt.

As some voices inside the party has already suggested the Congress needs a massive overhauling. But the question is how can you overhaul a party which has to be led by people from one single family and there is no options left in the family? Who will replace Rahul Gandhi, the biggest setback for Congress? Priyanka Gandhi who could have been a better alternative has her husband Robert Vadra and his massive scams as the biggest stumbling block in her path. Shall the party pray for mistakes commited by rivals or it has to wait for Priyanka’s son to grow? Perhaps sitting in the opposition benches until then will do some good as Mani Shankar Aiyer has suggested?

[Opinions and viewpoints expressed in this column are solely the writer’s and not Fried Eye. The writer, Rhiddhis Chakravorty, is a well known Guwahati based journalist]