We all are criminals in our evil doings, be it in our everyday nuances, beliefs, judgements and to society at large. Its presence overtime has caused a saturation which has only led to an increase of it as an inevitable vice.

Corruption, misconduct, law-breaking, delinquency, offence… they are synonyms to crime and if we have to scan through the list, we can easily pass off as criminals of some sort.

As kids we are told that transgressors, bad people who go against the law, are framed as criminals and must be watched out for. As we make our way through the ugly mean world, we often fall prey to situations, occurrences and instances that call for a quick-fix, an easy way out and sadly committing a crime is mostly the answer. Strangely the devil’s way is always the easiest but it comes at a price… monetarily or at the cost of one’s ethics.

Apart from the wrongdoer being the criminal, in my opinion the one who overlooks and closes the window of his home is also a ‘partner in crime’. An equivalent.

And this reminds me of one such instance I recollect. One incident I helped swipe a criminal of any further damage to society. In the small quaint colony that I live in, there used to be a tiny old deserted cottage not too far away from my building. My bedroom window from my 4th floor apartment overlooks a playground flanked on the left and the cottage on the right. Every evening between 7pm and 12am my lane gets pretty noisy with young students back from their tuitions, boys and girls back from a long day at work… all who come for a smoke and a chat to the bakery below my building.

On one sleepless quiet night when all was pin drop silent, while I was up at around 2am watching one of my favourite TV shows on my computer, I heard a scuffle and eagerly went up to the window to have a look. I obviously switched off the lights so as to not draw any attention. I saw two boys in sweaters with hoods climbing the fence of the deserted cottage having an argument. They carried with them tyres, huge bags and looked like ‘robbers’ at the first glance. What could they exactly be doing? Robbers, murderers? Is that their store room for robbed articles? Would there be dead bodies?

I observed their routine every night for about four days and brought it to the attention of my parents that there could be a possibility of notorious activity happening in front of our eyes. My dad summoned a few others in my building and off we went in the broad daylight to check on the house. Two old gentlemen from the neighbouring building came along to be a part of the excursion. They first called the owners, who lived abroad and with permission, broke open the dingy door only to find the house just the way it was left. Clean and empty.

You can just imagine the glances that followed. The uncles knowing I felt miserable to drag them all the way, patted me saying ‘it’s good we have people like you around, keeps us active’. Sarcasm overdose really!

I was pale and grumpy. I could not digest the fact that it was only my imagination playing games over 4 days. I obviously had a sleepless night again. Where could they have moved all the stuff? Did they see me watching and so knew we were coming? Well since the bustle that was disturbing my mind, was not disturbing society, there was very little I could protest against.

Three nights passed and no sign of the night-visitors. On the fourth morning since the embarrassing stunt, three cars in the next lane were found to be tyre-less in the morning. Wipers gone, car stereo and now there was something to complain about. Not just to the local uncles but the police were soon going to be a part of this and that cheered me up. 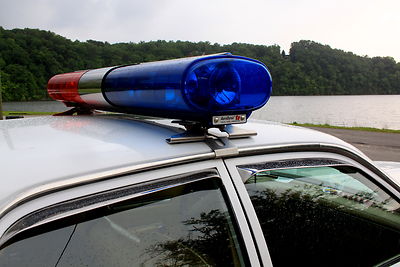 The police started questioning around and got to know from somebody that a girl (that’s me) had seen boys over at the dingy cottage at night. My parents’ biggest nightmare would be the police coming over to question me. I would have a greater story then, but sadly they did not. Within 24 hrs of scanning through the neighbourhood and ofcourse the cottage, 24 tyres were found in the loft of that same house. Two young lads were accomplices’ of two bigger infamous robbers. How did we not see 24 TYRES when we went over to that house? Well, that’s why we are not cops I guess… it’s the cops’ job to look deeper into things and well as neighbours it’s our job to keep an eye for wrongdoers.

In any small way, if you can stop something bad don’t think twice, go ahead. Most big criminals start off with petty crimes like stealing tyres too…

Call me a local enthusiast, it has a funny ring to it. But for whatever its worth, I’m content I could in a way help nab robbers before they stole the tyres of my own car!

New Goods on The Block
Neuro Destruction by Adwitiya Borah