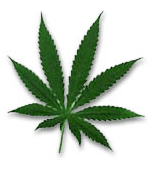 Bob Dylan’s song ‘Rainy Day Woman’has one of my favorite lines “But I would not feel so all alone, everybody must get stoned”. Many consider the use of cannabis as violation to one’s sense of judgment on the way he/she may lead their life but what do you care? I don’t smoke the stuff but I definitely don’t mind someone smoking it as long as there is a limit to it.

Pharmacologically, the main constituent of cannabis is tetrahydrocannabinol (THC-which is an oil). The terms cannabis or marijuana generally refer to the dried flowers and subtending leaves and stems of the female cannabis plant. Female??? You must be wondering… well actually the male plant produces little TCH and so before they start shedding pollen they are eliminated to prevent pollination and that’s where the role of the female plant is put on high stand.

Research has failed to show that cannabis increases risk of death. In particular, it has never led to overdose death. According to a 2006 UK government report, using cannabis is much less dangerous than tobacco, prescription drugs, and alcohol in social harms, physical harm, and addiction. Marijuana, in its natural form, is one of the safest therapeutically active substances known to man.

Cannabis used medically has several well-documented beneficial effects. Among these are: the amelioration of nausea and vomiting, stimulation of hunger in chemotherapy and AIDS patients, lowered intraocular eye pressure (shown to be effective for treating glaucoma), as well as general analgesic effects (pain reliever).

The minimum amount of THC required to have a perceptible psychoactive effect is about 10 micrograms per kg of body weight.Aside from a subjective change in perception and, most notably, mood, the most common short-term physical and neurological effects include increased heart rate, increased appetite and consumption of food, lowered blood pressure, impairment of short-term and working memory, psychomotor coordination, and concentration. Long-term effects are less clear.

Contemporary uses of cannabis are as a recreational drug, as religious or spiritual rites, or as medicine. The UN has said that cannabis is the most-used illicit drug in the world. This has long been the subject of heated debate, and laws regulating cannabis consumption vary greatly from country to country.

Cannabis is consumed in many different ways like smoking, vaporizer, cannabis tea, consumed orally in the form of brownies etc.

In some countries smoking weed can come at a heavy price, ranging from execution (United Arab Emirates) to a few years in prison (Japan). Other countries, for instance Canada, see less harm in an occasional joint and allow their citizens to possess small amounts of cannabis. 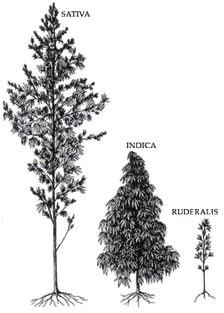 Let us look at a few countries where it is legal and its limit of consumption. (Ref: Wiki)

Medical Marijuana:The most egregious outcome of marijuana prohibition is that many sick people cannot legally access the medicine that works best for them. For many seriously ill people, medical marijuana is the only medicine that relieves their pain and suffering, or treats symptoms of their medical condition, without debilitating side effects.  Marijuana has been shown to alleviate symptoms of a huge variety of serious medical conditions including cancer, AIDS, and glaucoma, and is often an effective alternative to synthetic painkillers.

Mykayla Comstock, a 7-year-old girl with leukemia, is one of Oregon’s youngest medical marijuana users. She was diagnosed with acute lymphoblastic leukemia and is one of 2,201 cancer patients– 52 of them children — authorized to use cannabis by the state, the Oregonian reports. The girl, who calls herself “Brave Mykayla,” takes a gram of cannabis oil daily to combat side effects of her chemotherapy, such as nausea, restlessness and loss of appetite, and she says that the pills make her feel “funny.”

There are many such heartwarming stories on the net which will give you a totally different perspective on the use of marijuana.

We do say that Marijuana is not addictive, but what if it to someone because of their constant regular use. What If a Person Wants To Quit Using Marijuana?

Researchers are testing different ways to help people who use marijuana abstain from drug use. Currently, no medications exist for treating marijuana addiction. Treatment programs focus on behavioral therapies. A number of programs are designed specifically to help teenagers who abuse marijuana.

When someone has a drug problem, it’s not always easy to know what to do. The best way to go forward with it is to talk to an elder about it or a counselor or join classes of your interest to get your mind off.

On a lighter note, marijuana/cannabis is not as bad as many may think if taken occasionally and in small dose. So to end my thoughts, I came across this funny quote by an unknown author: “Always take your drivers license pic STONED, that way whenever you get pulled over, the cop will think you always look like that.”

Stay happy and be on top of the world!!

The knives of love
Editorial