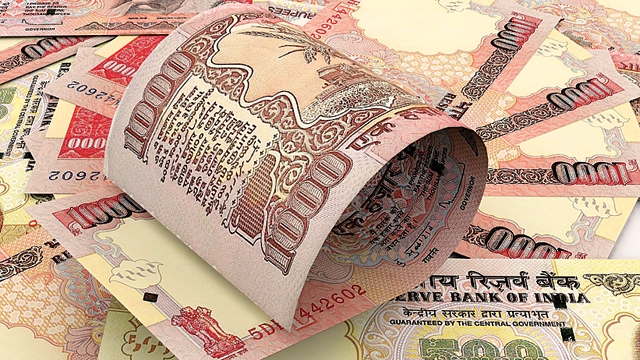 While, I am no economist but even the best economists are unable to analyse demonetisation due to the scale of its impact. Its been almost one year, and people are still discussing the after effects of demonetisation. It was an unpopular decision and if that was not enough, Rs. 2,000 and Rs. 500 currency notes were introduced few days later. Most of us were left questioning why this harassment if the Government were to introduce new notes. The Government was also found fumbling for the right reasons as the reasons kept shifting from curbing black money to terrorism to dealing the menace of fake Indian currency notes to formalising the economy to encouraging digital payments. However, once the cash crunch was over, the government seemed a little bit comfortable.

In the early ’70s, the Wanchoo committee, a direct tax inquiry committee set up by the government, suggested demonetisation as a measure to unearth and counter the spread of black money. However, the public nature of the recommendation sparked black money hoarders to act fast and rid themselves of high denominations before the government was able to clamp down on them.

Then in 1977, the Janata Party coalition government came into power. A year into the government’s term, party leader Morarji Desai was more bullish about cracking down on counterfeits and black money. The High Denomination Bank Notes (Demonetisation) Act, instated by the ruling party on Jan. 16, 1978, deemed the Rs. 1,000, Rs. 5,000 and Rs. 10,000 notes illegal for the second time.

At the time, then-RBI governor I.G. Patel disagreed with the measure and accused the Janata coalition government of trying to cripple the corrupt predecessor governments instead of simply eradicating black money.

Preparedness of the Government

The NDA Government has been criticised for the preparedness of demonetisation but to maintain the secrecy, certain things cannot be done. If a huge amount of new currency were printed, there would be suspicions and in this age of social media even a minor leak can prove to be a major cause of failure. While, the government has been using Big Data to track tax evaders and it had planned to use Big Data tools to capture every transaction, but no amount of preparedness can prepare the systems for the scale of data that was to be captured until the data was captured. Thankfully, there were no reports of any system crash-down.

Black Money – Was it Recovered?

The Government was also criticised after it said that 99% percent of old currencies are back to system. But in my humble opinion, it is a good thing because the number of people under IT department’s scanner has increased.

While the tax based increased by about 25% in the year 2016-17 and Advance Tax Collection has  increased by more than 41% in the current financial year over the corresponding period in previous financial year, there is not enough data that suggest a spectacular increase in India’s income tax base is due to demonetisation.

It is also interesting to note that salaried/non-business class account form majority of Income Tax Filings. The tax of this class is deducted at source so the demonetisation cannot be fully credited for this. It’s also a matter of concern that only 4% of citizens filed IT-returns and about 2-3rds either don’t fall in tax bracket or fall in the lowest slab of income-tax.

A lot of people questioned about the collection of black money opining that big fishes got away as most of them don’t keep money as cash but in Swiss Bank accounts. There is no second thoughts about that however, lot of people deal in cash on a daily basis without any accounting and they stash it in their homes.

‘Operation Clean Money’ was launched on 31st January 2017 to investigate tax evaders. Initial phase of the operation involved identification of around 18 lakh persons who have made large deposits or purchases between 9th November to 30th December 2016, which do not appear to be in line with the tax payer’s profile. More than 9.27 lakh responses were received giving information on 13.33 lakh accounts involving cash deposits of around Rs.2.89 lakh crore. Advance data analytics tools were deployed which further identified 5.56 lakhs new cases and about 1 lakh of those cases in which either partial or no response was received in the earlier phase.About 200 high risk clusters of persons were identified for appropriate action.The Income Tax Department (ITD) conducted searches on various entities, leading to seizure of cash and admission of undisclosed income.Since November 2016 and until the end of May 2017, a total of Rs. 17526 crore has been found as undisclosed income and Rs. 1003 crore has been seized. 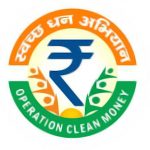 A press release by IT Department said that ‘The Operation Clean Money’ has since moved into the next phase that includes enforcement actions in high risk cases, taxpayer engagement through a dedicated website in medium risk cases and close monitoring in low risk cases. The high, medium and low risk cases have been identified through use of advanced data analytics, including integration of data sources, relationship clustering and fund tracking. The exercise has also unearthed large number of persons and clusters having suspect transactions. These include about 14,000 properties of more than Rs.1 crore each where persons have not even filed Income Tax Returns. The investigations are at present in progress.

The impressive revenue collection under GST is also partially attributable to demonetisation drive. The total revenue of GST remitted upto August 29, 2017 is Rs 92,283 crore that too with only 64.42% of assesses having completed the payments.

Transactions of more than 3 lakh registered companies are under the radar of suspicion while one lakh companies were struck off the list. The government has already identified more than 37000 shell companies which were engaged in hiding black money and hawala transactions. Recently, the stock market almost crashed after the declaration of the list of shell companies.

The process of analysing the data and recovery of black money inside the country will take 2-3 years owing to the amount of data but the technological advances have made it possible to capture the data and monitor the financial activities of everyone, small or big.

Another criticism that the Government has faced about the fall in GDP due to demonetisation. While demonetisation took most of the blame and GST joined later on but these two are not the only factors to bring down the GDP. The economy has been slowing for at least five quarters and the pain, in fact, has deeper roots. The demonetisation and GST only added to the pain ad salt to the injury. If that was not enough, a phase of prolonged growth slowdown is preceded by the rise in unemployment. The Government has to look beyond fending questions of GDP drop due to demonetisation and analyse the actual reasons to ensure a correction.

The saving pattern of the average Indian citizen changed drastically. A lot of credit also goes to the price uncertainties due to GST roll-out. Where much of the funds were being saved in unproductive ways, a lot of cash first made to banks and when banks decreased the interest rates, a lot of people started investing in mutual funds. The total assets under management (AUM) of Mutual funds (MFs) rose by 54% by the end of June 2017 from March 2016.

The Government has successfully managed to do the transition. Of course, the credit goes to the entire Government machinery which delivered effectively in such a short notice. The cash crunch was ended by December 2016.The whole exercise has lead to getting everyone under tax net. The complete implementation of Aadhar Card will lead to more tax-evaders to be caught.

While, the decision to go with demonetisation cannot be termed right or wrong as it always depends on the perception. However, there is no point thinking about what could have happened if the decision was not been taken.  The demonetisation has been implemented and we have to see the positive impacts it created and how to maximise the benefits.

I am very much optimistic that the economy will only get stronger and it is less likely to crash due to external factors.

Money Matters : Advice to save smart and early