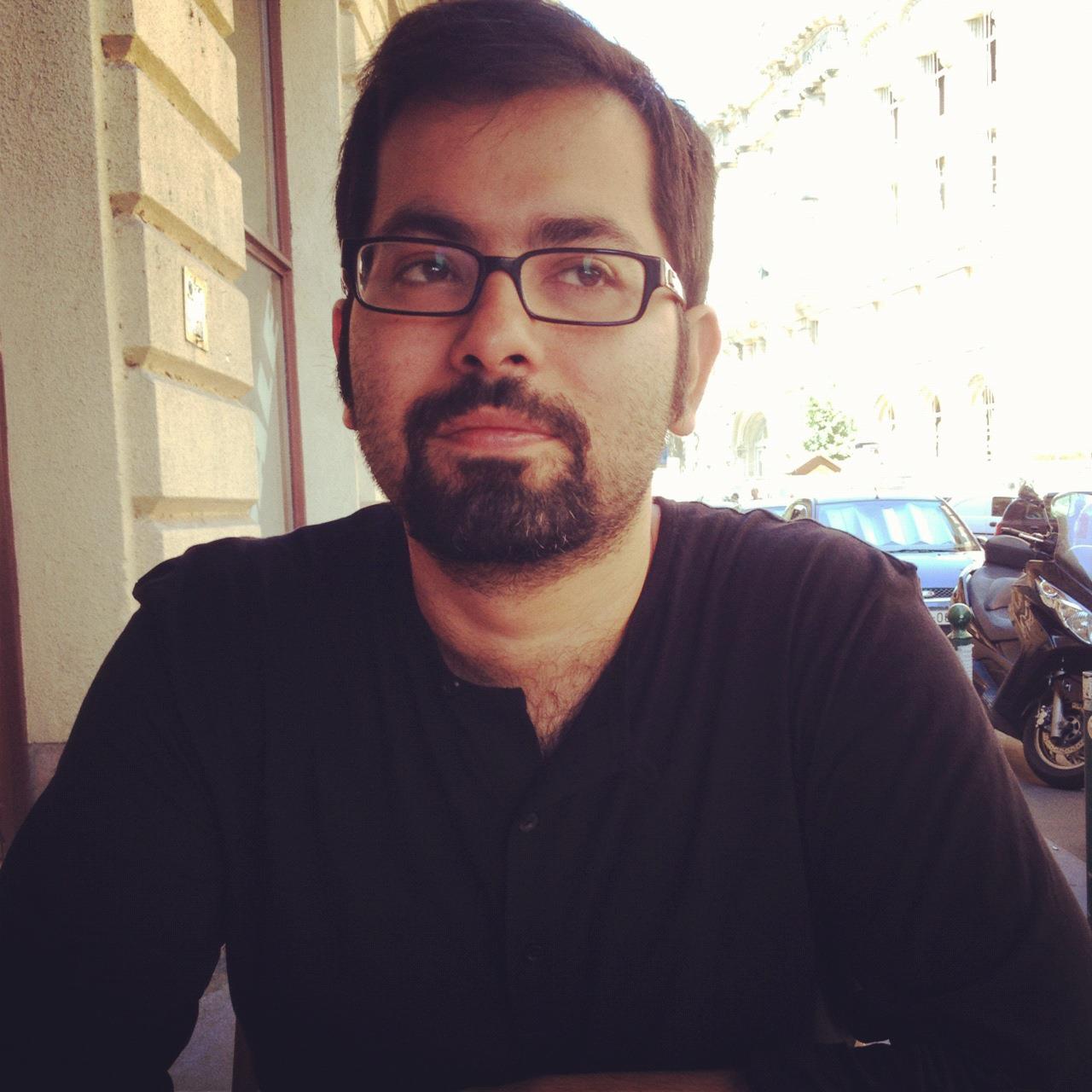 The Buddha of the Toilet speaks: An Interview with Kaushik Barua

Kaushik Barua is the man of the moment. With the Sahitya Akademi award for his debut novel tucked comfortably under his belt, he’s set to create ripples in the international circuit come May, when his next novel No Direction Rome releases. His publishers at Harper Collins call it a work where ‘Kerouac meets James Joyce meets Harold and Kumar meet Jonathan Lethem’. Quite a tall order one should think!

Fried Eye picked the rather intriguing brain of this super talented guy from Assam and discovered quite a few interesting things: how a Victoria’s Secret ad killed a God, how women aren’t avocadoes and why he fancies himself as the Buddha of the toilet. Read on for more…

FE: Tell us about No Direction Rome. What kind of an approach would you like your readers to have so they’ll enjoy it more?

KB: It’s a tale about our generation: about how our identities and our sense of our selves are fragmented. How we’re living so many different lives and lies across different platforms and media. It’s also a coming of age tale for the millennial generation: like Holden Caulfield growing into his 30s, being Indian and living in a Facebook world.

So I suppose anyone who’s open to new stories and to literature that moves beyond comfortable traditions would enjoy it.

FE: What inspired the title? Does Bob Dylan have a part to play?

KB: Absolutely. I have always loved his music, and especially Like a Rolling Stone, from which the title is inspired (the title is also a hat tip to the brilliant documentary on his life: No Direction Home).

But I also think Dylan just stopped being cool after he did the Victoria’s Secrets ad. You know what I mean? For us, Dylan is dead and Bieber is omnipresent and we have no gods (especially after Kurt Cobain dramatically left the stage!).

FE: You wrote about how you had an epiphany about wanting to be a writer in an auto in Delhi and taking a detour to Ravi Dayal’s place for advice. Have you met him since you made it as a writer?

KB: No, I only met him once. And then sent him my stories with the bravado that only the young possess. He read those stories, my tentative first steps as a writer, and made detailed notes on them. But he died with my unpublished stories on his desk, and never saw my name in print.

I like to believe my stories gave him some hope about the future of Indian writing.

FE: First books are generally semi autobiographical. Yours was based on the Tibetan resistance movement. Is No Direction Rome more about you?

KB: I remember reading (words written by someone much smarter than me) that all fiction is autobiography and all autobiography is fiction. There was a lot of me in the characters Lhasang and Norbu, the two Tibetan rebels in Windhorse, though they seemed to belong to a completely different world.

No Direction Rome is ostensibly about a character whose life is similar to mine: an Indian professional living in Rome. But there are bits of Krantik that I think speak to all our urban, disjointed lives and narratives. Krantik’s story took shape rapidly in a furious unfiltered burst of writing over a few weeks, so you could say his voice came from a weird and dark place inside me (but again, we all have those spaces in our heads, the attic where we store our secrets).

FE: You’ve won the Sahitya Akademi Yuva Puraskar for the Windhorse. Is winning something so prestigious for a first book motivating or does it put a writer under too much pressure?

KB: It was immensely rewarding when I won the prize. Given the stature and the history of the Sahitya Akademi, I was very honored to have won the award for my debut novel.

But now, I try not to think about it. I keep writing because I need to (as clichéd as that sounds, it’s true: I feel if I don’t write and create my own narrative, I’ll lose control of my life).

FE: You’re two books old. Have you developed any writing rituals yet?

KB: I write whenever and wherever I can. With whatever tool I have at my disposal: laptop, phone, paper, memory. There is no pattern or method, only a constant need to spew out words (most of which I summarily dispose of when I edit a day or two later).

So I have no rituals, only a mad faith.

FE: You work with an international development agency and churn out supremely readable novels in your spare time. How do you unwind?

KB: Always by checking out strangers and imagining their lives. Often with my kindle or whatever book is at hand. Sometimes I lie on the old couch in our living room and stare at the ceiling.

Sometimes with the aid of a variety of intoxicants, usually at hand or easily available.

FE: There’s lot of smoking up in No Direction Rome. Your thoughts on the legalization of marijuana.

KB: I’m no expert/ doctor/ narcotics agent, but from what I’ve read, marijuana is one of the least addictive or harmful substances among drugs/alcohols. Of course, people opposed to legalization say stuff like: what about the guy who ate his friend’s face off? (You remember the cannibal stoner eating his friend below a fly-over, shown live on CNN?) And we just have to say: what about Hitler, the vegetarian? Both are examples of spurious arguments based on an insufficient sample size (I like using economics jargon every now and then).

And finally, we could say: Look at Colorado. And end the debate with that wistful, dramatic statement.

Anyway, those are some thoughts on marijuana legalization.

KB: They’re not avocados, so I can’t decide based on country of origin! Though Mark Zuckerberg may have started his meteoric career by ranking women, I usually refuse to do so.

Also, this categorization of women (or men) just rings false to me: having now spent a considerable period of time in at least two countries, I think people can be as wonderful (or as screwed up) anywhere in the world. Of course, the cultural context would determine our terms of engagement, but doesn’t change the nature of people (and women) or their desirability.

FE: Tell us a secret.

KB: I am often severely constipated (in a literal sense, not metaphorical).

So, occasionally after I’ve taken a tortuous dump, I kneel besides the pot and lean over to look. After two minutes, I ask myself, what the fuck are you doing?

Checking out this shit.

Is this how you want to spend the rest of your life?

Life is an illusion, this shit is real.

And then, usually, my wife would walk in, scream in disgust, and I would stop being the Buddha of the toilet.

Writing was the last thing on my mind!: Prajwal Parajuly | Interview

10 Indian author websites worth checking out