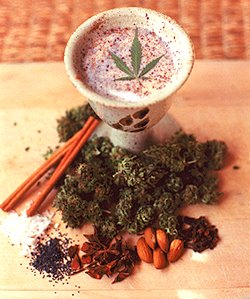 Nope, I have never liked holi. Not entirely hated but not really my favorite. Each year I would promise myself that I would lock myself inside my room from dawn to dusk with lots of food and drinks and a hard drive full of movies and series thinking that I won’t open the door even if someone collapses outside, banging it like a maniac. But somehow it always happened, I could never sustain inside the room. 3 hours later I would come back from the streets, all red, black and blue (no, not with the beating.. just with the colour) and keep grinning in the shower thinking how we washed him with colors, or how those girls ran when we threw water balloons at them and how we attacked strangers with gulaal and the “happy holi” catch phrase of the day.

This year wasn’t that different either other than some tini-tiny events that were added for the effect. I woke up perfectly alright with a determination that I will eat, read, watch, sleep and repeat. But without going into all the detailing, there I was, in the streets again with a bunch of friends all colored, screaming and shouting and looking out for the powdered colors as I never bought my own as to rationally believe that I am never going to go out. One part of my brain was shrieking for my skin, hair, clothes were all washed with colors. the other part was calculating about how much time I was going to take to wash up all the hint of these red, green purple colors and the remaining part, mind you just a small amount was left after all this, was actually leaving every worry behind and enjoying the hues spread by people in the name of Holi.

The brawl didn’t end there; in fact it had a long way to go from there.  And someone from the group got the brightest idea of going to the famous tea stall in the neighborhood and having some tea. But as it always turns out to (some) people on that day, we ended up having a cold earthen cup full of thandai which was spiked with ample drops/doses of Bhaang. Even after knowing that it had that “flavor” from which I had forbidden myself for 26 years, this time I let go and gulped down that yummy liquid made from buttered milk, nuts, sweet syrups and what not! (Without thinking twice about anything I guzzled up 2 glasses).

It didn’t taste funny at all. Looked, smelled, and tasted as the normal have-able thandai. But little did I know what ruckus it was going to bring to my life after few hours. I had heard a lot about its effects and after effects from a lot of experienced bhaang drinkers but always thought of it to be made up by them to bring a little hilarity among the group and make a fool of them. Post 30 minutes of the drink and after the holi madness got over we decided to sit outside a shuttered shop outside a mall and just rest and talk. We were having a great conversation and all until some of my friends started giggling about everything. Of course we were witty and funny but those sniggers seemed a little too much.

The common sight of a colored man walking down the street on a holi-day was leaving us with tears of mirth. And the hardest thing was to stop that bubbling giggle that coming as if from the stomach and was twisting our whole body until we released it through our mouth and nostrils. It was now evident to me that I was high and tipsy. No, not drunk, sad, depressed, alcohol residual high but the cheery, happy giggly bhaang affected high.

After an hour or so I realized that I had a family to go back to and act as normally as I can, because a bhaang inflicted me was not supposed to be a good-girl me. They would never like if I went back home like this. They should never know. And I will make sure that I hide it well and take it to my grave. Hopping, tripping and jumping, I somehow entered my para (neighborhood). Much to my surprise (it would sound much better and real if it is read as: ‘delight’) a young guy was standing near my flat giggling at me. Though I was drained out and was feeling quite intoxicated now I could feel that we belonged to the same fraternity of the “bhaang-ers”. After mentally high-fiving him I walked stealthily towards the staircase.

But wait, what was I doing just 5 minutes ago?? Was I walking or did somebody drop me home in a car? Damn I could not recall what happened few minutes ago. I was freaking out now! Did I just see a guy standing outside my flat or was I just imagining things? I was utterly confused. I did not have the energy to go back and check out for the guy. He must be true. I can’t fancy things just like that! I reached the 3rd floor alright but till then my memory was all jumbled and it was like a chaotic hell inside my head.

OKAY! Now is the time I straighten myself up. Shake the remaining confusion outside and enter the home. That’s what I thought after I rang the doorbell. The door opened and my aunt allowed the color bombed me inside, asking all sort of questions of which I remember none now. I was putting my whole effort in keeping a straight face and restrain myself from bursting out into laughter. The only concern revolving all around my head was that my aunt should not find out about my hilarious condition.

I had to hide it from her and what better way than to get inside the bathroom and not come out till I wash away all my holi colors and the bhaang effect. I remember that I scooted to my room to take my towel and clothes and ran to the wash room but what I did not realize that I was running back and forth from my bed room to the bathroom again and again and again, repeating the same thing once and twice and thrice! I took my clothes, hung them in the bar in the bathroom and turned around, came out, forgot why I came to the bathroom, went back to the room and on not finding my clothes there I returned. Found my clothes and forgot that why I was here in the bathroom. Went back to my room only to realize I had to take bath and my clothes were already there!

Little was I realizing that my antics were being closely monitored by my aunt and standing beside me without my awareness she was trying to hide her smile. She called me from behind and I stood there frozen and stunned.

Did u play holi well darling?”

“Yes, fun it was woo hoo!” Okay that was too much of emotion. Stop it now! I hushed myself

“You must have enjoyed a lot today, didn’t you?”

“Um hmm”. And I smiled sheepishly. Oh no I should have said something more. That was just too less!

“Are you hungry? You should take your bath soon and eat.”

“Oooooo yeah. Imma gonna take-a-bath and come and sit and eat!” God what the hell am I doing! I was cursing myself now but was unable to stop that flow.

She kept on smiling.

“You had anything? Like a lassi or tea there?”

Oh no! She knows what I had! She knows! What do I do! What do I do! I am caught red handed here! I should say no. yup I will definitely say, ‘no I did not have anything and I am very hungry, so I will finish my bath soon and we will eat food together’. Yes this is a good answer. Let’s say this and she will never know.

Her smile had now broadened.

And that’s how it was done. Why did I go out of my room in the first place? Hanging my head down in shame I ducked myself inside the bathroom thinking of never coming out of there again.