Begin to be now what you want to be in the future. (smirk!) 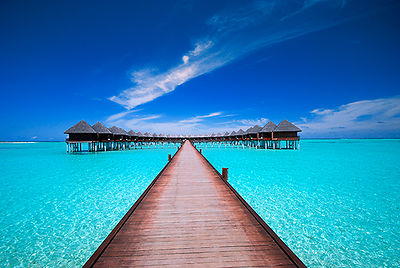 I wonder how Hitler used to plan in his childhood for what he became later on – A genocidal dictator who will never be forgotten (though for the wrong reasons).  I am sorry to start on a very cynical note but the whole idea of wanting to be someone notable though, is very natural, but still very, should we say, dicey. Jack the ripper must have psychological leanings for violence since childhood, but would that advice hold true for him- of starting from now on what you want to be in the future? Horror isn’t it? We would say so only if we were supposedly wanting to be- Engineers, Doctors, Astronauts, Leaders, and so forth.  It would be drummed in our heads to start! Start! Start studying from NOW and not to waste some precious moments in futility as time is short and also precious…  So the bottom line is that the above statement holds true only if your ambition is on the lines of doing something great for humanity, for your country, your family or for the greater good.

But let’s not dwell on that controversial bit now and instead stick to the topic of striving to be now what you want to be in the future. In other words you have to strive, persevere, or push yourself. But how do we know we have chosen to be what we should be, aptly? Don’t they say every human being is destined for a purpose? We are bestowed with a particular talent and the key is to identify it. Now here comes the tricky part. What if we haven’t identified correctly, then?  Don’t children want to be someone whom they suddenly fancy? And isn’t that the reason why they keep on changing their ambitions? Pilot if they watch Air Force one, a cryptologist after reading  Dan Brown, a policeman after they see Salman Khan swaggering around in his khakis, a rockstar when Bon Jovi came over here and sometimes in weirdly childish ways, even Wizards and vampires.  So how do we know we are meant to be what we want to be? Or even ambitions and purposes that are thrust upon us by parents, friends ,relatives? I guess we do not have a definite answer to that. Everything is a blind shot – well almost.  In a way there is simply no guarantee that you will be what you want to be if you begin to be that from now on. Of course it is a different story if it is something abstract and widely encompassing like being a good person, helping others, happy man, selfless man and so on and so forth.  To be those you can begin from any point of your life time and still achieve what you aim to achieve. Hence earlier you start the better it is. Yes point taken.

But let us again come back to striving and persevering early onwards for a better result. I do not entirely disagree to that either because it holds true that to excel in any field you have to start early- be it academics or arts or even sports. Our ancestors were very wise when they started the Gurukul system where their teachers used to push them hard from a young age. I have heard that Nadia Commanecci the first gymnast to score a perfect ten in Olympics had started training from the age of three.  And there will be many such examples of greatness in history.  So it is true that the earlier you train to be what you want to, more pronounced will be the results.  Time has an essence and the more you utilize it, the better will it be for you. But the question was never about starting out early. It was whether you have really thought out appropriately what you want to be? Your choice is the key. If you choose to be what you naturally were meant to be or wanted to be, then everything will follow automatically- the training, perseverance, dedication and sincerity.  It will be as if all the pieces of a jigsaw have fallen into their rightful place automatically.  But one discordant factor and everything stands the risk of going awry.

You don’t have the head for maths yet your heart wants to be a pilot. You have a hopeless sense of notes and pitch and you want to be a musician. You cannot tolerate the sight of blood yet you are slogging for a career in medicine. You have two left feet yet you want to be a quick silver of a dancer. Now such a situation will cause some moments of pain and reckoning. No matter how much you train early, it will be difficult to attain perfection or satisfaction in such cases. Hence the next best thing here will be a switch. Switch over to something you can do – something that you had not exactly planned to be and had not even trained to be in the least. Yes – just an alternative. A plan B. And start all over again.

There is no harm, nor shame in failing to be what you wanted to be in the first place. It could have very well happened to anyone. You tried your best. You tried early on but things were not meant to be. There are things that are beyond one’s control- luck, destiny, human limitations and we have to accept that gracefully and in a mature way. For a second chance you are never late. So what if that was not exactly your idea of being the person you wanted to be. So what you did not start being that , during your early years, but it is never late to be at least SOMEONE.

It is true that you have to start being from NOW onwards what you want to be later for success but in case , per chance you do not become what you wanted to be, then it is never late to start all over again to become someone who is equally good.