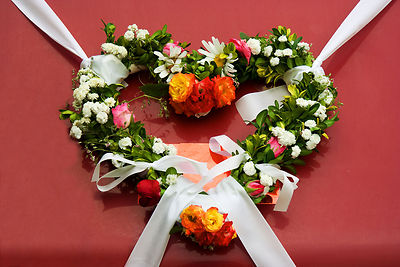 With this poem we come to the end of the series of Poet Les Bush’s poignant anthology – Chaoes, Chance and Choices. and we are grateful to him and honored for choosing Fried Eye to showcase them.

Poet Les Bush writes about the poem- This variation of the poem came to me while I was driving my daily journey (via Waimauku) to Helensville. On arrival, I visited my regular coffee shop, sat in the sun and wrote it down in my notebook; and worked on it when I got home. For me, it is a study in form and energy; without, I hope, diluting the energy of previous incarnations.Is it the end of my journey, of personal and poetical discovery on this theme? Time will tell. In another 30 years, maybe; until then …..

Had it been the darkest night,

not the break of day,

The brightest, the best,

no more aware than the rest –

Such a long battle,

so much energy expended.

Is that Death’s rattle?

Is this how it is ended?

over who is the thicker,

concerned for their repute.

The voice of Reason is not enough;

The Muse, the artist has fallen short;

The Soldier? He just knows his stuff.

Argue, argue, without a thought.

In the end, it’s simple, the least

will ascend, to lead and admonish

and reassemble, gain your strength, refresh!

Battle over, the War is not:

always be another, live

and learn; don’t count the cost.

Gain from experience, give

individually, we are lost;

a child without a mother;

collectively we are strong.

it’s more of a grateful sigh;

before launching into a sky

by golden sun; feel the grass

beneath your feet, the wind.

There is hope, progress.

I will try and sing them to you”