An evening with Jahnu Baruah 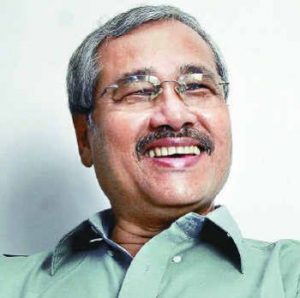 There is no need for wasting words for an introductory paragraph on who Jahnu Baruah is. Yet for those who don’t know and had been racking their brains till now will probably recognize him as the director of a critically acclaimed Hindi film, Maine Gandhi Ko Nahi Maara. He is one of the most prominent and versatile filmmakers of India, awarded both nationally and internationally and to his credit has the distinction of having directed several Assamese and Hindi films.

Last month we caught up with him in the Tezpur University campus while he was quite busy with a weeklong schedule for the dubbing of his upcoming film Bandhan. In spite of having a tight schedule he managed to spare a couple of hours to interact with us a few media students of the University. The interaction was worth every minute and now we itched for a personal interaction. On our request he promptly agreed. To have such an unexpected interaction with a filmmaker like Jahnu Baruah is sheer luck and the experience was absolutely thrilling. We couldn’t help feeling anything but privileged. For the experience

Amidst the enigmatic aura that had settled in the room of our guest house, the humble and simple personality, who generally attires himself with a plain shirt, engaged us in a fantastic conversation. Sharing his thoughts on the university, he commented that it is by far one of the best campuses he has been to, in terms of a pleasant atmosphere. As unlike other universities it is situated far from the hotch- potch of the city which provides a stimulating learning environment.

Answering why talent from northeast is not visible enough on the national scale as compared to the Bengalis, he said that he didn’t believe in the comparison. Assam is land of rich culture and diversity. One will come across numerous ethnic groups, cultures and religions in the region. With such vast differences it will take time for the people to work together as one.

Looking back at his experiences, he added that, “certainly we have talents but only talents are not enough, talent has to work, and should be nurtured properly”. He also pointed out that they had to develop the sense of belongingness with the country to be recognized.

He then raised a question that, “How much do we know about ourselves? Have we ever tried to explore our own region, leave aside the Bengalis?” Answering his own question, he remarked that this is because we don’t have the urge to know the unknown around us. He suggested that as media students we should have the inquisitive nature to know the world around us. Then only one can do justice to his or her own talent. Whenever we plan any excursions we straightaway think of Mumbai, Goa, Bangalore and other metropolitan cities, running after the modern world. We never think of Kohima, Aizwal or Arunachal Pradesh. Do these places not bear any significance to us?

Coming back to cinema he claimed that Indian Cinema is still far behind the world cinema. He could only think of Satyajit Ray who had achieved that level. Disappointedly, he divulged that we have good film makers but we lack a cinema friendly environment. He felt that for this the film makers are responsible. They don’t have the urge to see the films of other languages. For an instance, an Assamese doesn’t wish to see a Malayalam film and vice-versa, and unfortunately World cinema is nonexistent to us. We always tumble within Hollywood and Bollywood.

He further added that good films, good poetry and script which raise questions are not supported by the system. Many good film makers are struggling for the very reason. He considered that, “Whatever films I have made, are all my individual effort, have not gained any support from the system.” He was of the opinion that media in India plays a greater role in creating a cinema friendly environment. It is always interested in Bollywood gossips. He suggested to us that as media students we must also share the responsibility to create a proper environment for cinema. Moreover he criticized that we lack the strategy to market sensible films. When a corporate house produces a film they don’t discuss the film rather it’s all about the stars.

In the end, remarking on what makes a good film maker he said that a film school does not make a good film maker, it is about generating a good idea and executing it into a film. It requires a lot of hard work and patience but it’s worth the shot.