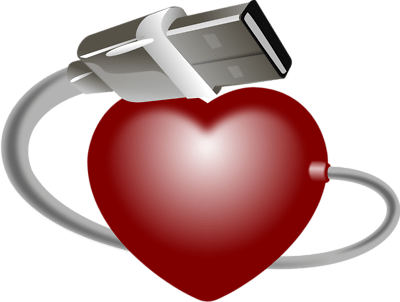 A technology and A magic for your marriage

Recently we had a survey , just for fun about what one would like to have as an aid to run a smooth marriage?

That is if somebody had the choice to choose a technology and a magic to ensure a smooth marriage, what would they be?

The responses ranged from hilarious to insightful and also romantic ones. We bring before you some of them and wind it up with four opinions from our In house popular personalities – Bhoothnath, Mrs Bhoothnath, MisCellany and the Wise bachelor.

G Guru , a spunky girl with a great sense of humour says-  “A robot . And magic that would transform the robot to look like you so that no one suspects you are away travelling” now isn’t that naughty. Hmm hm.

A new mother wails- “Looking after my baby has made my life exhausting. I want a robot and Ginny the genie”

MG, a devoted but bewildered husband says with a chuckle “ No magic works for Biwi. If money is magic then money will  do fine… and technology? Hmm I am not tech savvy, still I would say I phone”

Worming out an answer from our CA here was more difficult. No wonder they have so measured words.

“A technology that keps tab on upcoming birthdays and anniversaries with e mail as well as alarm reminders. For magic –getting invisible whenever I want to be away from her and knowing what to say and when”

Harshdipe even though unmarried had a high def answer when he said –“Magic : To Increase the number of hours in a day to give more time to your better half after work”.

He sure is going to impress his girl with this one.

Sanjukta spoke for every women when she said , “A run button to make my husband move his lazy self and for magic-to get some time to ourselves to at least watch a movie together”

Pramathesh N Borkotoky our editor in chief replied with a poker face- “Nag mute. Can be included in either of the category”

Finally we caught up with Mrs Bhoothnath , the better half of our ex in house astrologer. She was quite an influence on how Mr Bhoothnath percieved his visions about future. An avid Harry Potter fan who equally loved Hollywood flicks, she gleefully answered as “ Oh I wish, how I wish this was possible! As magic I would love to have a flying broom. Just look at its multiple uses. Transportation, house work and to top it , it could help me to drum some sense into Bhootnath.For technology , what else but a tracking device which I would fit into him and keep a track of his movements” Ouch! That was a hard one.

So off we went to Mr. Bhoothnath on what he thought about it. As usual he was a big grouch and relented to cooperate only when he came to know that his wife had already made her choices. But  of course he insisted on knowing her choices first .

“Hmm . Flying broom and tracker is it “ he had ruminated. “ Well then I would love to have a port key that would transport me away from her without a trace anytime she starts nagging. (oops another harry potter fan) and for technology , obviously a jammer that blocked all kinds of signals. Now lets see, who is the boss?”

Though we would have loved to carry on with their tug of war, but we had to move on to Wise bachelor and Miscellany.

Wise Bachelor just had one question, “ Marriage and me?” he had asked incredulously. Sorry, obviously our mistake .We backed off humbly and proceeded onto Miscellany for her gems of wisdom.

Miscellany had a totally alternate view  . “ In my opinion, make a marriage technolgy free and it has a better chance of running smoothly. No mobiles, no TV, no internet, no ipods- only the man and woman in their Eden, where they are Adam and Eve, surviving together and surviving each other. With no technology, there will be only magic .”

Cryptic , but yes she had a point. Don’t you think so?

So what is your take on marriage?