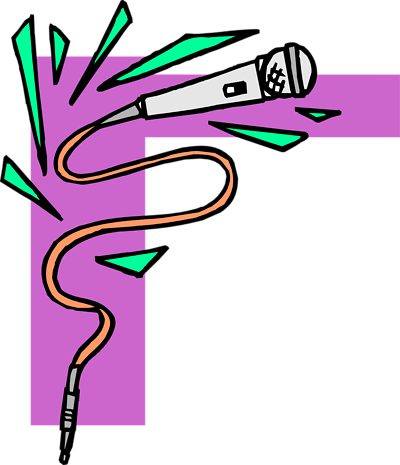 Taking the Leap to an Open Mic

A microphone, a stage and an eager audience that’s what a performer dreams about. But unfortunately not all talented souls get this privilege. Either some were luckless, some under-confident or some ill-labelled, as a result many perish.

To the rescue comes Open Mic (or open mike)! This is a live performance format where the stage is open to all performers, popularity is no criteria here. You get a stage to showcase on, an amplifier and mostly importantly open minds. Many have evolved into competitions. Such gatherings are conducted for writers, comedians, singers, DJs, musicians, poets and the likes. Both honed talents and amateurs are welcomed! They are appreciated and constructively critiqued. Most importantly many have emerged from these experiences as polished and more confident artists.

Even reality television is a by-product of the format. Such shows have had a strong following because of the fresh talent seen there. Many success stories have risen from them and many have got their 15 seconds of glamorous fame.

Stand-up Comedy sessions are re-introducing people to the rib-tickling arts world over. And are gaining popularity across, after all everyone loves a good laugh! Karaoke is another popular one and a part of many people’s social calendars. Non-singers love it and singers enjoy the glory because everybody gets to be a Rockstar for one song.

Poetry Slams, or Poetry Open Mics, are my personal favourites. Poet’s words are sacrosanct to him/her and hence sharing them can often be difficult. But once you stand up, begin reciting then even one smile from the audience is enough. One such platform making waves is Poetry & Cheap Humour (PACH). Laughter, tears, opinions, hugs, kind-words and good energy is all that accompanies poems here. PACH brings together poets across genres, age groups and deals in English, Hindi & Urdu. Many are known to be PACH-addicts now!

Writers and Authors too share their work or work-in-progress through open mics. Groups and clubs are springing up all over to encourage upcoming talent and to provide feedback to the published ones. A 7 year old group Caferati is doing exactly that. Writers love attending to discuss their works; these have become their support groups.

A niche is being carved! For DJs open mics are called ‘Open Deck’ (referring to a turn table) and for filmmakers it is ‘Open Reel’ (referring to 35 mm film reel). Though currently few in numbers and relatively new, these are acting as platforms where keen amateurs exhibit their work with an aim to get critiqued and collaborate.

The reason why I talk about the Open Mic culture so convincingly about is because I have dropped my inhibitions and strengthened my love for words with new lust after joining one. If you have a talent, even if- only you think you have talent, then I strongly suggest you expand to such a club. Look around, find the one the suits you and take the leap of faith. You will love it too!

About the author – Dakshi Kushwaha by her own words is by profession a Content Developer though as a kid she contemplated becoming an Anthropologist. When she write outside work she write about life, its phenomena and nuances. She enjoys her space of procrastination. She is a hopeless romantic, believer of happiness and accept-er of the fact that through sadness emerge good things. She loves talking and conversations with people. She is a budding storyteller and can also be found at: http://pokeabout.wordpress.com/