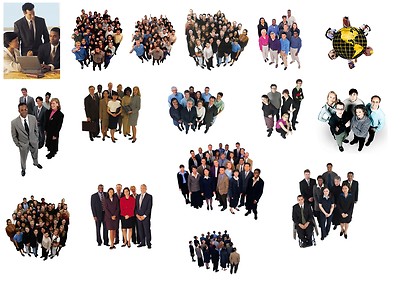 As an 8 year old, I had always wondered the way buses were interrupted for security checks by soldiers while traveling from Tezpur to my hometown Dhemaji. We were stopped at least at five different locations, were escorted out of our vehicles before the vehicles were thoroughly rummaged by the soldiers in green. Little did I know then that in an sovereign country called India, we virtually lived like captives in pseudo – military rule. Those were the worst days for the people of Assam ever witnessed after the tormenting days during Maans intrusion in early 19th century.

My grandfather, who was a freedom fighter, a true Congressman who fought for freedom of the country did not escape the torture inflicted by the military either. He was a veteran freedom fighter and was awarded by the first president of India Dr Rajendra Prasad for his commendable contribution for freedom struggle. During the army rule, my grandfather was paraded with minimum clothes in a village field in Lakhimpur along with thousand others from his village. Those were horrific stories which keep haunting me. It makes me always wonder if we did live in a country where no freedom is enjoyed. As a child I wondered as to why we celebrated the Indian Independence day? My father told me that we fought the British, forced them to leave our country and made ourselves free. But I don’t see the slightest reminiscences of being a citizen of a sovereign country.

Those were the times when the ULFA problem in Assam had heightened. The early 1990s will always be remembered as the time of insurgent revival in North East India. However, insurgency and the feeling of separation is not new to this region. The Nagas under Phizo were the first to seek separation from India, whom they called occupiers of their land. Soon, the Mizos joined the struggle under Laldenga. In due course of time, these turmoil districts of Assam, were given statehood as a measure of appeasement, but the Naga conflict still continues. Mizoram came out form the clutches of insurgency to become the most advanced state in the North East.

To counter the growing Assamese separatist upheaval, the Indian diplomatic think tank applied the policy of divide and rule, in similar manner the British played carrot and stick with the Indians before Independence. The policy sowed the seeds of distrust among the various tribes of Assam, leading to a vast majority of them to demand separate statehood or greater autonomy. A majority of them resorted to arms. Tribes like the Bodos, Dimasas, Karbis etc, all took to arms to fight for what they felt a sense of historic deprivation, because of the perceived big brotherly treatment by the Assamese. As a result the separatist movement of Assam went nowhere and became a colossal failure. This distrust among the various tribes in Assam can also be attributed to their alienation by the Assamese of the plains in the various social and political movements in Assam following India’s Independence. Sadly, till today no concrete measure has been taken by the Assamese intelligentsia to counter and erode the air of distrust which has plagued the region as a consequence of which possibilities of further geographic divisions is in the platter.

But can geographic divisions create separate identities? Just like we identify ourselves as Indians, irrespective of our regional or tribal or caste identity, most of the people of North East and their antecedents identify themselves as Assamese at some point of time. Though this feeling does not still hold ground in the political circles, economically and socio-culturally, we still witness reminiscence of the greater Assamese way of life. As Sajib Baruah has put it in his path breaking book – India Against Itself, we also can call this feeling – a sense of Sub-nationhood.

Although we may not be a nation in itself, but yes, we do qualify to be a sub-nation. In the markets of Harmutti the Arunachalees come down to buy and sell goods and vegetables, do they look a bit lesser Assamese? In Dimapur, Nongpoh and Silchar, the nodal points of commerce into Nagaland, Manipur, Meghalaya and Mizoram, people from various tribes mingle, interact and make merry. To them emotional and social bonding transcends geographical boundaries. And this feeling is not new, it has been there since a long time in history. Assamese is much more than an identity, it is a way of life. And other identities get attracted to ways of life due to various reasons like Economic, Political, Cultural, Spiritual and Social. I am speaking here, about the Spirit called Assamese, which have become a common way of life of various communities across the NE. Why they got attracted to it at different times explains the homogeneity amidst heterogeneity in this region. Even the Ahoms assumed the Assamese way of life to rule over Assam, no one imposed it upon them, nor did they impose their culture on the non-Ahoms. Thus, they brought the richness of their culture and enriched the Assamese culture by leaps and bounds. Same is with all the tribes and communities. However, I have a deep feeling that every community and tribe should try its best to keep its own traditions alive. It should not be a case of their traditions coming under siege by a stronger culture. All cultures have their own uniqueness and attractions. The primary identity of a tribe should be its own and it should try its best to retain what it possess. Then there should be a common identity for social, cultural and political reason. And in our case it has been distinctly Assamese or Axomiya.

Will breaking Assam into many parts destroy the Assamese within us? I still talk in Assamese when I walk around in Shillong. It is also heartwarming to see a Garo talking to a Karbi in Assamese, a Naga speaking to a Mising in Assamese, a Bodo speaking to a Deori in Assamese. Behind our individualities lie a unifying factor – Assamese, an identity which all tribes and castes of this North Eastern region of India mutually agreed to, to be a part of, since last 2000 years. Can that be broken by breaking Assam geographically into several pieces? The answer is an emphatic NO.