Dying with their boots on

Sportsmen who died playing the sport they loved…

There is a reason why sportsmen are exalted as heroes. They exemplify those god-like qualities that mere mortals can only aspire to- endurance, strength, speed, that inexorable need to beat the odds and be the best they can be, to push themselves to the limit and clinch victory with their nerves of steel, with power, with grace. There is something of the Nietzschean ubermensch in their make. For these men, there is no room, in either body or spirit, for human frailty. At times, in moments of the most glorious of triumphs, we, and perhaps even they, forget that they are, afterall, made of flesh and blood.

The death of Phillip Hughes, the Australian cricketer, from a ball injury to his head during a match at the Sydney Cricket Ground serves as a memento mori, a reminder, unsubtle and unkind, that even the best of men are eventually mortal.

Baseball- Raymond Johnson Chapman (January 15, 1891 – August 17, 1920) was an American baseball player who played with the Cleveland team. A top notch bunter, Chapman led the American League in runs scored and walks in 1918.

On August 16, 1920, Ray was struck with a pitch by Carl Mays in a game against the New York Yankees. He died 12 hours later. Two books, Ray and Me, by Dan Gutman and The Pitch That Killed by Mike Sowell pay an ode and attempt to dissect the dynamics behind the on field accident that nipped an exceptional talent in the bud. He remains the only Major League Baseball player to have died from an injury received at a major league baseball game.

Boxing- Kim Duk-Koo (January 8, 1955 – November 18, 1982) was a South Korean boxer who won the Orient and Pacific Boxing Federation lightweight title and became the World Boxing Association’s #1 contender in 1982. In his first ever engagement in North America, he fought Ray Mancini in Las Vegas on November 13, 1982, a fight that proved to be his last. Kim fell into a coma minutes after the bout and never recovered, passing away four days later. Quite prophetically, Kim had etched “live or die” on his Las Vegas hotel lamp shade only days before the bout. Kim’s death sparked reforms in the sport, most significantly, the reduction of the number of rounds in championship bouts from 15 to 12.

Two other notable boxing casualties are of the Italian American heavyweight Frankie Campbell who was punched fatally by Max Baer of Cinderella Man fame, in a 1930 bout in San Francisco, California and Davey Moore who died as a result of injuries sustained in a 1963 match against Sugar Ramos. The Bob Dylan song, “Who Killed Davey Moore?” posits the question of responsibility for the boxer’s death. A poignant video of the fight with Dylan’s lyrics can be watched below. 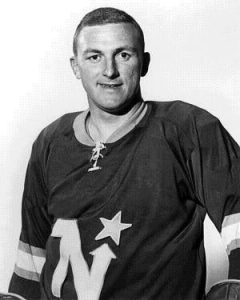 Ice hockey- William John “Bill” Masterton (August 13, 1938 – January 15, 1968), a Canadian–American professional ice hockey centre is the only player in NHL history to die directly of injuries sustained during a game. On January 13, 1968, in a game against the Oakland Seals, a collision with two Seals defenders caused massive trauma to his brain and he never awoke from the coma induced as a result, dying 30 hours later. The Bill Masterton Memorial Trophy which is awarded to players for their perseverance and dedication to the game was instituted in his honour by the NHL.

Football- Cristiano Sebastião de Lima Júnior (June 5, 1979 – December 5, 2004) was a Brazilian footballer who played as a forward for Dempo and was the highest paid footballer in India at the time. In the 78th minute of the Federation Cup finals, a fatal collision with Mohun Bagan goalkeeper Subrata Pal tragically cut short a flourishing career.
Some recent deaths of footballers from on-field collisions during a game are of Akli Fairuz and Jumadi Abdi.

Racing- The spectacularly talented Ayrton Senna, (21 March 1960 – 1 May 1994), was a three time Formula One champion who lost his life in an accident while leading the San Marino Grand Prix. Senna, a Brazilian racing stalwart, has been repeatedly voted as one of the most influential Formula One drivers of all time.

Another racing great who died on the circuit is the American NASCAR driver, Dale Earnhardt Sr aka The Intimidator. Winner of 7 NASCAR Winston Cup Championships, Earhardt was involved in a last lap crash at the 2001 Daytona 500 on February 18, 2001 which led to his death from a fractured skull.

Locking the street kids into the vicious cycle of poverty where they get trapped, imprisoned for the rest of their lives!