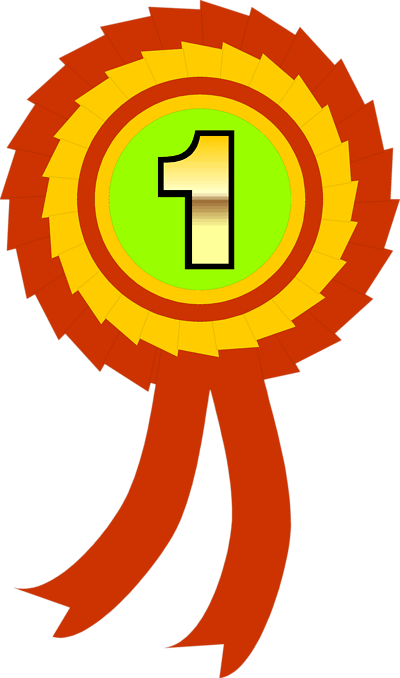 Some “Firsts” of India Cinema.

Cinema is an inexhaustible subject.

Indian cinema is even more an inexhaustible subject ( if you can frame that as a sentence.)

So why are we trying to exhaust our brains researching on it?

Because Cinema is a fascinating subject.

Indian Cinema is even more a fascinating subject (if you can frame that as a sentence.)

Alright we are sure you get the idea.

Yes the theme is Indian Cinema. But you need not faint at the thought of it. We will spare you the inexhaustible details which we are sure you undoubtedly acknowledge as fascinating but as time is of essence; a great essence in fact and that which is neither inexhaustible nor fascinating, we will just restrict ourselves to some trivia. Not just any other trivia, though one of our member was interested in including trivial trivia such as – the movie where the hero wears a red shirt for the first time, but thankfully she was suitably discouraged to every body’s relief.

So what do we have for you today? Gossips? Scandals? Statistics? Achievements?

Well maybe a little of all as we are bringing before you the firsts of Indian Cinema. Maybe not each and every firsts of Indian cinema like the above mentioned absurd example or some very obvious ones or even ones which we assume you would know or maybe attempt to know; our focus instead will be mostly on somethings unique- some categories which are not easily googled or are not easily available even after invoking the blessings of Google and that which means digging up the period from 1913 to the nineteen fiftys.

However from the mid fifties to sixties onward things get better in the sense that organised archives are somewhat available. But prior to that, it is one hell of a ride with almost non existent records.

Well lets start with a trivia that is not exactly a first but rather a notification that India at present is the world’s largest producer of films and had left behind Hollywood and China at number two and three respectively way back in the 1970s. Now that calls for a huge round of applause, don’t you think so?

Speaking of Hollywood, Bollywood which is a term attributed to the Bombay film world,( rhyming with the former) was not the first one to be inspired from Hollywood, but it was indeed Tollygunge (the Bengal film indusry ) which led the way for others with the term Tollywood.

Right! Now lets get on to business with our firsts .

Coming up first is the First India feature film and pat comes the reply– Raja Harishchandra by the Father of Indian Cinema Dada Saheb Phalke but … yes there is a but . The first Indian movie released was Shree pundalik by Dada Saheb Torne (mind you not Dada Saheb Phalke) a year ahead of Raja Harishchandra. But Phalke ‘s movie walk away with the honours as a first full length feature film and also because it was indigeniously produced here in India itself while Torne had his send overseas for processing.

It will be interesting to note that Raja Harishchandra is also the first Indian movie to feature a bath tub scene (a common fixture in Indian cinema nowadays)where Rani Taramati is seen having a bath with her royal entourage in waiting. Needless to say all the members of the cast were males.

In fact quite a number of short films were released prior to Raja Harishchandra by Hiralal Sen , a talented film maker , the first being Flower of Persia.

He is aso attributed with the making of India’s first ever political film , a short film on the Anti – partition Demonstration and Swadeshi movement way back in 1905. Politics has always been a subject of solicitation and a matter of great risk but the risk paid off then.

So we have De de Khuda ke naam pe by actor-singer Wazir Mohammad Khan as the first song of Indian cinema.

However the first indian movie whose songs were marketed in records was the 1932 movie Madhuri and the first song to be recorded for the purpose was Sarita Sugandh shobhe Vasant sung by Vinayak Rao Patwardhan , incidentally the hero of the same movie.

Dhoop Chao later became the first movie to come out with playback singing.

Speaking of Zubeida, here is another piece of a interesting tidbit- her mother Fatima Begam was the first female director and producer in the history of Indian Cinema and the movie Bulbul-e-Paristan was the first movie by the lady director. Zubeida had a quite an interesting filmy family what with a film maker mother and two very successful actress sisters.

Though Ardeshir’s Alam Ara was the first talkie hence the first movie with songs the logic does not apply to dances because you do not need a voice or sound for dance and there are records of dances existing as early as the twenties .

In fact here is another interesting trivia – a dance in the movie Pati Bhakti directed by JJ Madan was reported as objectionable by a censor way back in 1922 as it was found to be obscene.

Discussions on Indian cinema can never be complete without the mention of cabaret and mujras which used to be a staple of bollywood song and dance sequences.

Cuckoo Moray a great dancer of her times is considered to be perhaps our pioneer of cabaret dance in movies long before Helen came into picture.

After Alam Ara some of the noteable movies released within the next couple of years were Yahudi ki ladki 1933, Madhuri 1932, Anarkali 1935 and Devdas 1935.

KL Saigal who needs no introduction, the Master of masters, sang and acted for the first time in the movie Yahudi ki ladki. And there is a song, a ghazal in the same film Ye tasarruf allah allah tere maikhane mein hai sung by Saigal which expresses a drunkard’s inebriated emotions and that which could very well be the first Drunkard song in Indian movies though in some forums it has been said that the song “Piya bin na” again by Saigal from the movie Devdas 1935 could be the one which showed the way for the rest of our Sharabi songs.

But of course we were discussing mujras. The movies Madhuri and Anarkali had Ruby Myers or Sulochona as the lead actress and who was famed as a great dancer as well as a very talented actress. Her dance from Madhuri had brought her much acclaim.

Again Devdas was a movie famed for the Devdas -Paro and Chandramukhi, (the courtesan) angle.

So any of the above four could have portrayed a mujra setting. Still we are crossing out Yahudi ki ladki as we do not have strong evidences of a mujra or a kotha like setting. We can cross out Madhuri too as it was a love story with Rajputana background. So that leaves us with Devdas and Anarkali. Which one of them would it be? Your guess is as good as ours.

Do you know which was the first actress to be credited with an on screen lip lock in Indian movies? It was Seeta Devi for the 1929 movie a Throw of dice.

If you thought it was Devika Rani, you are wrong but she holds the distinction of the longest on screen lip lock of 4 mins with Himanshu Rai, her husband, for the movie Karma, 1933.

Karma incidentally is also the first indian movie to be made entirely in english by J L Freer Hunt.

Another movie that had an early beginning was our first animation movie – Lafanga Langoor. In 1931 by Mohan Dayaram Bhavnani.

Kisses , Mujra , cabaret … so the next progression would obviously be the censor board.

Did you know, what we know of as the censor board became active only post independence and the first movie to be awarded an A certificate was Nagina. Someone in the board surely hated those slimy sliding creatures.

Oh dear , there we are!. Almost on the process of omitting a very important information. We had filled you on so many female related trivia yet had left out the most pivotal one. As you know Raja Harishchandra was released with an all male cast and the first female to break the shackles of conservative mindset and act in a movie, Mohini Bhamasur in 1914 was Durgabai Kamat a marathi actress .

In the 1917 movie Lanka Dahan the actor Anna Salunkhe had to act as both the Rama and Seeta due to a perfect example of what we call as “staff shortage” as females were reluctant to join the film industry back then. And there you get your first actor and movie with double role.

That brings us to the first foreign artist to act in an Indian movie which is coincidentally again a female. And the name you have is Dorothy Kingdom in Shakuntala.

But if you are looking for the first international co production then the movie is Ardeshir Iraani’s Nala Damayanti, a co venture with Italy.

Ardeshir Iraani does seem to have a quite a number of firsts to his credit. Other than Alam Ara and Nala Damayanti he made the first movie in colour- Kishen Kanya.

Movies in early days were usually based on mythology or romances. But later on there were forays into other genre and so the first Indian thriller was Gyan Mukherjees Kismet in 1943 starring Ashok Kumar.

The first horror movie was Mahal in 1951 as you all might have guessed by now.

Bhagawan Dad’s Albela is supposed to be the first complete comedy movie but Dhiren Ganguly had created the first satirical comedy in the year 1921 named England Returned on Indians obsessed with western culture.

Though Chetan Anand’s Neecha Nagar was the first Indian movie to win the Grand prix award at Cannes and is said to be the trendsetter for New wave indian cinema or parallel cinema , Baburao Painter had attempted a some what similar realistic treatment of a social subject about the exploitation of Indian peasants at the hands of moneylenders in his Shavkari Pash in the year 1925.

And you may ask which Indian movie might have won the first international award? No not Neecha Nagar but it is Do beegha zameen by Bimal Ray.

So we almost near the end of our stipulated time frame from where things become easier to dig into, but in passing just for trivia’s sake we are including a few firsts.

The first movie to be shot in Kashmir , which was one of the favourite shooting spots of the late Yash Chopra, was Barsaat 1949 ,.

The first movie to be banned from distribution was Siddharth starring Shashi Kapoor and Simi Garewal due to Garewal’s nude scene in the year 1972.

The first movie where the heroine dons a bikini for the first time is as you obviously know An Evening in Paris and the said heroine is none other than Sharmila Tagore.

And yes a deduction from our side on the first rain song. Rain has been an integral part of Indian cinema, so how could we not peek into it? And so the first movie to feature a song on rain might have been Tansen 1941. Do correct us if you know otherwise but we just went on a logical thinking spree and deduced it.

And so the story continues…

And of course you are most welcome to add to the list.

A Day in the Life of India

The Journey of Enrichment – Lightroom Poets