For me, getting a comic book to read was not easy in those days of being a teenager. When I used to ask my father to buy me a comic book, he replied, “You can’t even complete your educational books, leave aside the comics”. Thus, it became a reason for my being fanciful and feeling jealous about one of my bench-mates in the class. He used to bring dozens of beautifully sketched glossy comics every week and would happily flaunt it in front of us. I remember, ‘Spiderman’ from Marvel Comics was one of them. In the evening, I would eagerly sit in front of our Black and White Television set at home  to watch my most awaited programs in the DD Metro Channel, ‘the cartoons’. But, sometimes I lamented over why we don’t have a cable connection (especially to watch more cartoon channels).  During the breaks, many advertisements especially targeting us would 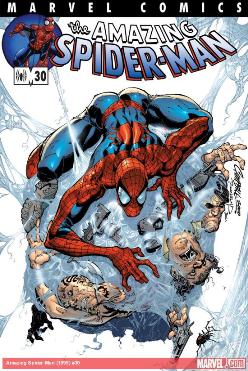 come up. An advertisement of Diamond Comics that I still remember goes like this way –“…paaiyein ‘Chacha Chaudhary’, ‘Phantom’, ‘Mandrake’ ‘Billoo’… WoW!” Being with Mickey and Friends for 15 minutes and temporarily shifting to the world of comics was one wonderful experience. It was a completely different world beyond reality, where people are super human beings possessing extraordinary power. Those super heroes could fly like the birds, walk in the water, can stop a running train and what not.As I was on the ‘search mode’ to have some basic study over comics in different websites I found it quite interesting to know what role comics played in molding a young mind and how it started. Comics have a hidden meaning altogether. In spite of dragging the young minds towards the ‘fantasy World’ comics mark the basics of storytelling, education through entertainment, building a character and maintaining the pulse of and most importantly delivering different flavors to people of different age groups. I now feel why ‘Asterix and Obelix’, ‘The Adventures of Tintin’ and many more still remains as hot favourites.

In India Comics made its mark almost around late 1940’s. The distribution of comics in India is more recent than the European, American and Japanese industries, but is nevertheless more than 80 years old. Despite the publication of about 100 million copies a year, comics in India are still largely dominated by American characters. Our comics are slightly marginal in quality than the Japanese ‘Manga Cartoons’ thus local production remains marginal. One of the earliest attempts In Indian Comics was by comic magazine ‘Chandamama’. ‘Chandamama’ has published in more than 5 languages since 1947. It developed from the adaptations of the Ramayana and the Mahabharata in the 1960s, to educational comics for children, caricatures in print media, and adaptations of American superheroes.

One of the early Indian comic authors was Aabid Surti, who published the first 3 panel strips ‘Dhabbuji’ based on the protagonist who is a lawyer by profession and is witty, in the magazine ‘Dharmayug’. Pran, another Comics Author, created numerous strips, like ‘Shrimatiji’, ‘Pinki’, ‘Billoo’ and the popular ‘Chacha Chaudhary’ in the 1970s. These comics continued to be inspired mainly by newspaper strips, and popular early superhero based Western comics. Among local languages, cartoon strips and comic books thrived, especially in West Bengal. Pratulchandra Lahiri created two strips on a regular basis, for the Jugantar newspaper in Bengali and for the Amrit Bazar Patrika in English. One of his creations, Batual the Great is one of India’s earliest superheroes as it was conceived during the sixties. 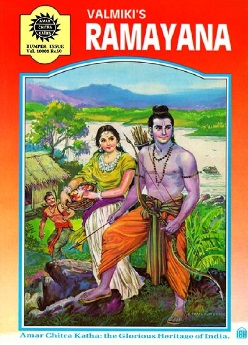 Comics in the middle years were influenced by the popularity of American ‘Archie Comics’ and series like ‘The Adventures of Tintin’. In 1967, the editor Anant Pai of the India Book House (IBH) launched the series ‘Amar Chitra Katha’. Its objective was to transmit the great stories of historical figures and of those in religious texts of different religions to the children. ‘The life of Krishna’ was the first in the series, joined rapidly by the ‘Ramayana’ and the ‘Mahabharata’. Anant Pai along with IBH launched the first Indian comic magazine for children, called ‘Tinkle’ in the beginning of the 1980s. It was a big success. Tinkle diversified on the educational themes developed by ‘Amar Chitra Katha’, including science, contemporary culture, etc. The magazine introduced numerous recurring heroes like amusing ‘Suppandi’, ‘Mooshik’ the adorable mouse, ‘Kalia’, the crow and the malicious minister ‘Tantri’. ‘Target’, another magazine was an innovator. It had its own 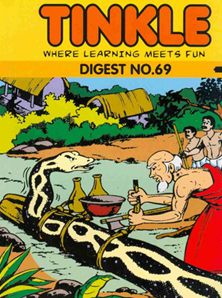 artwork and originality and was of a high quality in its time. Manjula Padmanabhan, one of the few Indian female comic authors, did illustrations for Target. She also created a female comic character called ‘Suki’ which was serialized in ‘Sunday Observer’ in the 1980s. Raj Comics, another notable Indian comic publishing house homes to characters such as ‘Nagraj’, (a superhero who has subsequently made the transition to television), ‘Doga’, Super Commando ‘Dhruva’, ‘ Parmanu’ and various others. 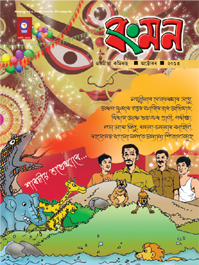 A partnership between Richard Branson’s Virgin group, and India’s ‘Gotham Comics’, led to a new company, ‘Virgin Comics’. In 2006 it geared towards creating new lines of comics rooted in Indian mythology andIndian history. The first series of comics were published the same year, to mixed critical reviews. The main icon of Virgin Comics was the superhero Devi.

Based out of Mumbai, ‘Level10 Comics’ was founded in the same year.  It owns a flagship publication titled ‘Comic Jump’ that is targeted at the 18-30 male audience. They experiment with a number of genres, namely ‘The Rabhas Incident’ which is a Zombie thriller, Shaurya which is about five young people with Super Human qualities etc. They have also published creator-owned titles.

The art of Indianization

Comic artists such as Grant Morrison’s ‘Vimanarama Comic’, and Marvel’s ‘Spiderman: India’ project, were the first major release by a large comic company. It introduced India-based artists’ talent to the mainstream, and which was published in India by Gotham Comics.

In the 1990s, newspapers started publishing more caricatures of Indian origin. Among the most famous caricaturists are Joseph Arul Raj, Ashok Dongre, Anupam Sinha and Neelabh Bisen. Anupam Sinha’s weekly strip superhero “Rudra” is being hailed as trend setting in hindi newspapers like Dainik Jagran. Shiv Sena Chief Bal Thakeray was also a caricaturist when he was young, and has worked for ‘The Free Press Journal‘, where cartoonist R.K.Laxman has also worked.

The increasingly popular Web Comic medium after the radical shift from the mainstream Comics is mostly dedicated to short online comedy strips. It has also been used by a small number of Indian artists or writers. The Indian blog “Daily Humor” also publishes web comics and was featured on one of India’s premiere blogs “India Uncut“. Also famous among youngsters, ‘Savita Bhabi‘, a web comic, is possibly the first pornographic comic in India.

Very recently a new genre of comics has come up. It is known as ‘World Comics’. The Indian wing ‘World Comics India’ launched syndicated comics service in 2004 headed by cartoonist Sharad Sharma. The idea behind this service was to disseminate information on varied issues to a wider audience. Mainstreaming unheard voices through newspapers is the key objective behind “Syndicate strip service”. These Comics are drawn in four-panel format and are converted into comic strip form, so that it can be circulated to newspapers, magazines and NGOs’ journals. Through this a voice from a remote region of the country reaches the mainstream and is heard across different parallels. These are comics maybe drawn by common people living in rural hinterland and remote towns of the country. So far this strip services were circulated in Rajasthan, Mizoram, Assam and Uttarakhand.

With the advent of India’s potential and demand of quality comics, but lack of institutes for the speciality in comics art, Mr. Anupam Sinha has launched his own ‘Anupama Academy Of Art’ for specialization in departments of creation of comics.

Moreover, at this time we see a sea change in the mindset of the youngsters and others. With the advent of ‘Cable revolution’ in India, the ‘Comics Readers’ have decreased drastically in the 90’s and the internet and video games have been pouring the salt over it. Children at this age hardly know who ‘Supandi’ is but they know about ‘Doremon’. It is quite ironical that this art is facing severe competition from all sides. Ten years before, thousands like me were compelled not to read comics. But now, we ourselves are ignoring not to read them. Thus, leaving a bleak question open, “Is it going to be another ‘Dodo’?”

Definitely not! On February 2011 A Comics Convention was held at Dilli Haat, New Delhi. It happens to be the first for India that took the San Diego Comic Con (Convention) as its inspiration. This signals its horizon to reach new heights in popularizing Indian Comics over its readers nationally and globally in a more creative and innovative way in the coming years.