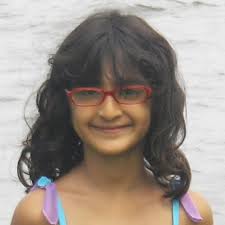 Aditi Iyer- Of notes and strings !

(from Sound of music)

A day when cultures and nations pay honor to world music with removed hats and bowed heads. A day when seasoned veterans sing along with fresh voices all for one cause; music, and they proclaim with excitement hidden deep within:

“Our hearts want to sing every song we hear…”

India, the land renowned for cultural unison, also presented a hint of hope to the global music. It was a bold statement that the new generation not only didn`t let go of classic music, but succeeded in scripting their own unadulterated versions.

Culture Machine,CM the digital video company brought together over twenty young musicians for the internet generation to celebrate World Music Day. CM, the largest YouTube network of musicians in South Asia recreated music legend Bobby McFerrin`s `Don`t worry, be happy’ which in no time became a runaway hit in YouTube with over 2 lakh viewership.

The cover version presented an exhilarating treat only a bunch of wildflowers could render in the shade of a hot summer day, a welcome relief from the loud, senseless music we often are subjected to in the electronic age. With this compilation, CM presented a singing sensation with a genuine voice which possessed all the power within to rock the world in the very near future.

Her resonant, soul stirring voice doesn’t fit to the frame of a nine year old. Her words and vision for music goes way beyond what you could expect from a little, wide eyed lass. Those who sang and played for the Bobby McFerrin song with Aditi had already established a forte in the world of notes and strings.Among them, Aditi was the only one who represented the effervescent voice of childhood. A promise you could bank on for the future. 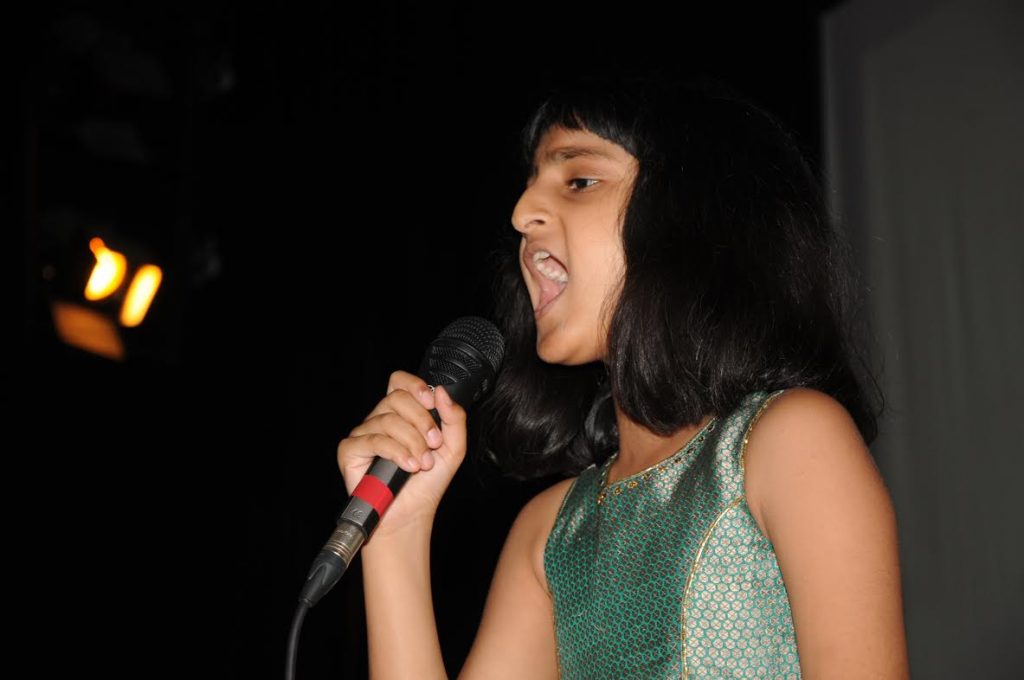 Daughter of Rajesh and Sangeetha, Aditi spent her first five years in England, Singapore and Indonesia. For the past five years, she has been living  in Gurgaon.  Aditi  is not just passionate about music and singing, but music is her life in all its multitude of hues and pitches. Her uncle, Ravi Shankar shoulders the responsibility of the singer as well as helping the budding star to ride on the mighty waves all set to cross oceans far and wide.

As a toddler learning the tricks of walking in Chicago, Aditi has already started humming tunes, recalls Sangeetha.

An evening in Jakarta, A three and a half year old stumbled into the stage of a function and sang her heart out with the title song of Little Einsteins and stunned the unsuspecting audience. Aditi had announced her arrival, never to turn back.

At the age of four Aditi started demonstrating signs of keen interest in western music. She memorized lyrics of countless songs. By the time she turned six, the world of music called her a phenomenon. After getting an IPad, Aditi began to teach herself the nuances of classical and contemporary music. Her heart opened wide to engulf greats like Celine Dion, Whitney Houston, Mariah Carrey and Michael Jackson.

From the interview (online): 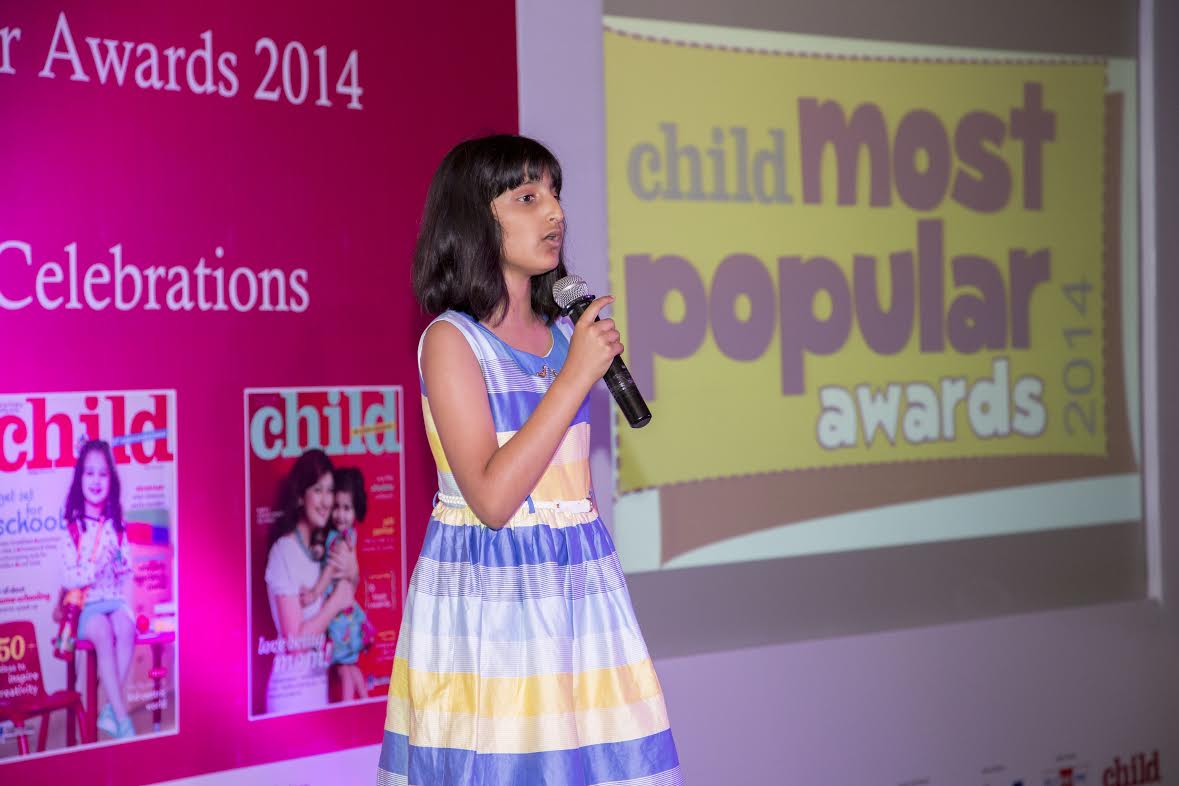 Q: Instead of adapting to the loud noise of music produced by the present generation, you sing songs of the legends. What stirs the nine year old to look back in time?

Aditi Iyer: I like some songs being sung now-a-days, but sadly, a lot of electronics are being used. I feel that is like cheating. I like solid pure music of legendary singers; it was all pure voice.

Q: What made you think that you wanted to pursue a career in music? Your inspirations?

AI: Since my birth, English has been the first language and I have loved classical and contemporary Western songs, listening to them since I was a few months old. I have been learning and teaching myself many contemporary songs for the last five years, and am hugely inspired by Celine Dion and Michael Jackson. I think I inspire myself because music is all I know and understand.

Q: The role of your family in making you what you are now?

My mother coaches me a lot and critiques and is always there for me, my dad encourages me always and my uncle is a big support especially in making my music reach out to everyone.

Q: Does your family possess a music tradition? If so who else sing in your family?

My maternal grandmother is a Carnatic music singer and teacher, I think in our family apart from me it’s only her.

Q:Who are your favorite singers, and why?

My inspirations are Michael Jackson, Celine Dion, Whitney Houston, Mariah Carey, Sarah Brightman and Andrea Boccelli. They are my role models in every sense, they have beautiful voices and have lived their entire life for and with music, and they have never forgotten their purpose of life. My biggest icon is Celine Dion, I adore her in every way.

Q: Singers like Lionel Richie, MJ, Stevie Wonder and Tracy Chapman wrote their own songs, and many create music to their songs too. Do you have any such plans for the future?

Yes, as a singer – songwriter. I have some favorite topics such as anti-bullying, saving Earth, not littering and being fair and kind. I would like to write songs on them.

Q: Have you done a solo album, or are you in the process?

I have released an original song and about to record and release another original song. `Every flower precious’ was recorded in the studio. It was composed and written by a South Korean composer and writer. The project I am working on now is in collaboration with musicians from the US.

Q: Among contemporary Indian Western singers who do you look up to?

I adore Leslie Lewis a lot and had the fortune of meeting with him. He’s a wonderful person and great musician.

Q: How do you feel about the present generation`s interest in music? Do grownups or the young enjoy your singing more?

I am personally not sure about that, I think the grownups like my music more but my official YouTube Channel should tell us that.

Q: Where would you and in front of whom would you like to perform in your wildest fantasies?

I have a feeling I am in a crowd and I should do my best, I am on the verge of becoming a great superstar and I have to do my best, that’s when I get this feeling and I do my best.

My vision is I am on this stage, a big stage where superstars are and I am going to win this and be the best. I feel very motivated as music is not just my love but my life.

Music is life. This is the story of Aditi Iyer. The world has started to acknowledge the sparkle of talent from the eyes of the girl who is capable of dreaming big. She is not ashamed to call herself the future super star and her words are strongly rooted on conviction and self belief.

Let us step along with time. The day will come, when we shall proudly proclaim:

“We were there when this child started singing. Our music soared with her. Together we crossed borders.”

From the words of Sangeetha, Aditi`s mother:

“Those who understand music are taking notice of Aditi. For me, she is a simple, normal child and a lot of people in the initial years mostly did not bother. She has always been a blessing and a unique gift from God. It was always music since she was 16 months old until now and forever. We help her listen to some great songs, but it is always Aditi’s choice and decision. She has a keen sense of listening and she has to be completely inspired by the songs, only then she sings them. The industry that Aditi is in is very tough, cutthroat and non-forgiving as well. She has faced many hurdles and struggles especially since she doesn’t sing in Hindi. These struggles have only helped Aditi become stronger, better and determined. God has blessed us with Samaritans who have helped her and she’s continuing in this arduous journey. This is her choice and life.”

A comment has been recorded by a 14 year old in YouTube after experiencing the music of BEE GEES, one of the world`s greatest ever bands. It goes like this:

“I apologize for what my generation did to music…”

Let there be a thousand more children like Aditi, an answer to what we did to music. Let music be theirs. As well, a green world filled only with flickers of hope.